Taiwan Semiconductor Manufacturing Company (TSMC) has announced that It will kick off the infamous (and very exciting) groundbreaking ceremony for its new chip fabrication plant in Arizona, USA... things are getting hairy already.

American engineers who were sent over to Taiwan for their required training are now flying back to the US to start operations at the Arizona plant, with the US engineers experiencing culture shock when they were in Taiwan. TSMC founder Dr. Morris Chang believes that operating a plant in Taiwan is an easier process than it is in the US, and it's all over low costs and the attitude of its workers.

As someone who has been to Taiwan many, many times -- as well as the US even more times than I can count -- I understand this from some perspectives. The difference between the work culture here in my home country of Australia compared to these two countries is very different, as I'm sure anyone would know. But the issue here is that once the American engineers left Taiwan back for US soil, locals in Taiwan started talking about their experiences with the American engineers while they were in Taiwan on social media... and man, things really took a turn.

On a website called PTT, there was a slew of comments that complained about things that included salaries in the US being higher than they were in Taiwan, as well as telling TSMC that they should receive a complimentary gift in the form of a Buddha figure. Alrighty then.

An anonymous engineer said that TSMC has a "military culture" earlier this year, adding that even though the pay at Taiwan Semiconductor Manufacturing Company is higher than the industry average, it doesn't help that the long work hours are crazy, and that feedback to management wasn't appreciated. Not only that, but vacations were not encouraged... as they would affect their performance reviews.

But then there are other comments on PTT that said some of the American engineers that were working at TSMC in Taiwan where smoking inside of the facilities, even though there were rules that stopped them from doing so. Personally, after traveling to Taiwan so much there's far, far, far more smoking in Taiwan than I've ever seen in the United States or even Australia. 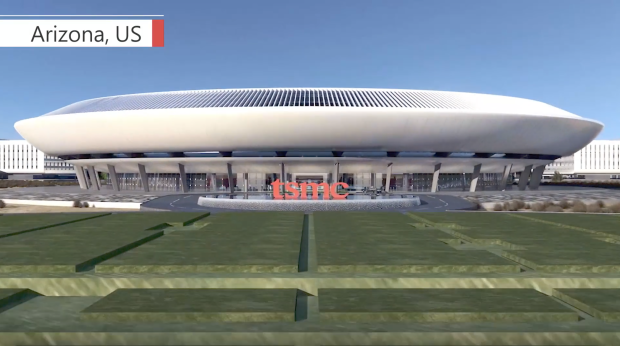 More comments included that the American engineers were a "group of giant babies" as well as "slaves are used to being slaves, and those who demand normal welfare in the eyes of slaves are giant babies".

The anonymous engineer explained: "TSMC is building a fab in USA but 95% managers are from Taiwan local. All of them have been influenced by military-like culture for more than 10 years. Most of them refuse to adopt US culture because that is not how they got to their high level position. Will need more US managers to build fusion culture".