NVIDIA had had a shaky start to its new Ada Lovelace GPU architecture, with the launch of the GeForce RTX 4090 graphics card being successful -- selling quicker than most expected, but it's been hit with controversy as well -- RTX 4090 cards catching fire, and the 16-pin "12VHPWR" power connector melting. 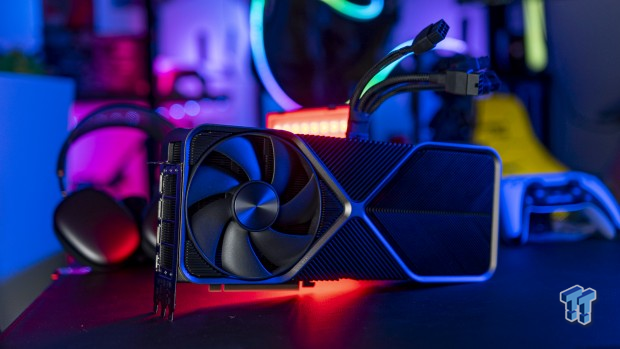 Now there are reports that NVIDIA CEO Jensen Huang has flown to Taiwan, to meet with TSMC to make sure that the company secures 3nm wafers for its next-gen GPUs that won't see the light of day until 2024. Jensen also reportedly met with multiple AIB partners, giving them a personal update on their existing GeForce RTX 30 series "Ampere" GPUs.

NVIDIA is also securing N5 and 4N chips for its current-gen GPU designs and I'm sure an upcoming refresh in 2023,as the rest of its GeForce RTX 40 series GPUs are requiring that juicy 5nm wafer. AMD is also planning ahead, securing 5nm wafers for its upcoming Radeon RX 7000 series "RDNA 3" graphics cards, and future-gen RDNA 4-based GPUs in 2024.

NVIDIA's next-gen GPU is "Ampere Next Next" aka Blackwell, which is named after American statistician and mathematician specializing in statistics, game theory, and information theory, David Harold Blackwell. We first started hearing about NVIDIA's next-gen Blackwell GPU back in July 2021, but after NVIDIA was hacked earlier this year, we started seeing references to "ARCH_BLACKWELL" which points to the Blackwell GPU architecture.

We don't know much about the next-gen Blackwell GPU architecture from NVIDIA, but we do know that TSMC's new 3nm process node had 3x the silicon density of 7nm while using 51% less power and offering 32% more performance. NVIDIA is already squeezing a huge amount of performance with its Ada Lovelace GPU architecture on TSMC 4N (5nm) over the custom 8nm process node from Samsung... so imagine the jump we can expect to 3nm. Oh boy.