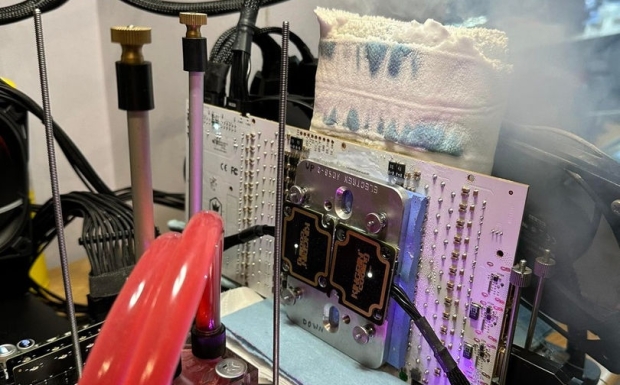 Overclocker "OGS" cranked up the GPU frequency on the GALAX GeForce RTX 4090 HOF to an absolutely incredible 3705MHz throughout the GPUPI benchmark (which is a part of the official HWBOT competition). 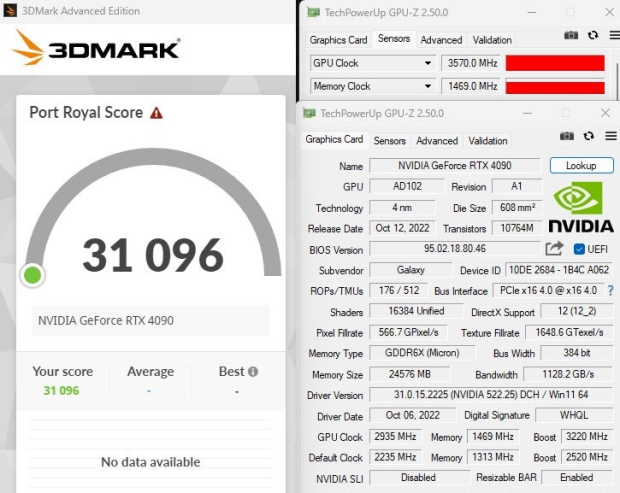 Overclocker "OGS" pushed the custom GALAX GeForce RTX 4090 HOF with its LN2 cooling, breaking the 3DMark Port Royal record which is one of the most important benchmarks for overclockers. The GALAX GeForce RTX 4090 HOF was actually not overclocked to 3705MHz in 3DMark Port Royal, but rather a little slower: 130MHz lower, to 3570MHz yet it still smashed the world record by over 1000 points. 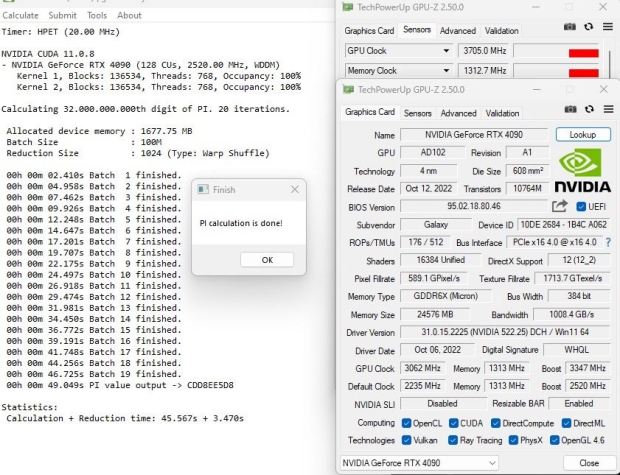 Over in GPUPI, the monster GALAX GeForce RTX 4090 HOF graphics card was pushed to its full 3705MHz, but as you can see in the screenshot above, GPU-Z is sitting there and the benchmark hasn't been running for very long at all (less than 46 seconds).

I'd like to see how hard the GPU boost clock can be pushed under sustained loads... still, impressive nonetheless and I'm sure it's just the beginning.