The latest version has support for Intel and AMD's latest families of CPUs so if you need to test your RAM -- most consumers and gamers don't really need to -- but, if you are a system builder then you've got some new memory testing goodness to use on your DDR5 memory.

Memtest86+ v6.00 final has been rewritten from scratch and is "back to active development" after the last non-beta version from all the way back in 2013. As VideoCardz notes: the standalone app boots with the PC without all of the overheads that your operating system (Windows for the most part) and is capable of discovering more errors than the built-in tools in some motherboards and their BIOS.

Doc TB explained through a series of tweets: "Memtest86+ is a unified, free, open-source memory testing tool, released under GNU GPL v2.0. The new v6 code base (originally called PCMemTest) was provided by Martin Whitaker, based on Memtest86+ v5, developed by Sam Demeulemeester. Both are now working on Memtest86+".

He continued: "Memtest86+ v6.00 supports x64, UEFI, up to 256 cores, any memory from SDRAM to DDR5 and the latest CPU architecture up to Core 13th gen (Intel) and Zen 4 (AMD). It also supports testing memory on older CPUs down to the original Intel Pentium (circa 1993). Being able to fully access all the computer memory at a very low level, Memtest86+ is different from all other memory testing tools because it doesn't rely on an operating system (like a Windows or Linux application) nor on underlying libraries (like a UEFI application)". 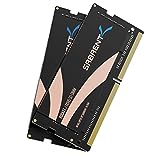