The universe is an extremely large place, and within it are hundreds of billions of galaxies that contain an unknown number of planets. Given the large quantity of planets, we can assume some are going to be a little strange when comparing them to Earth. 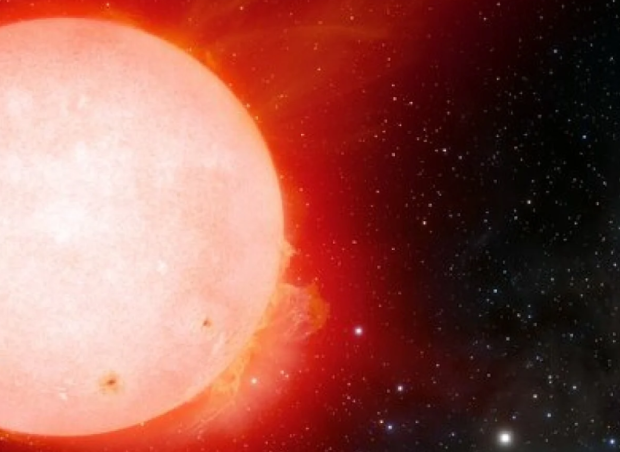 One of these planets is a world that is called TOI-3757, and according to a recent release on the National Science Foundation's NOIRLab website, this strange world is a gas giant similar to Jupiter. Astronomers observed TOI-3757 using the Kitt Peak National Observatory telescope located in Arizona and found that the planet is located 580 light-years from Earth within the constellation Auriga the Charioteer. Notably, researchers discovered that TOI-3757 is the lowest-density planet ever detected around a red dwarf star.

Astronomers estimate that TOI-3757 has the same average density as a marshmallow, lending to the planet's nickname of "fluffy". Red dwarf stars are the smallest and coolest kind of star in the main star sequence but are known to be extremely active with multiple solar flares that typically strip planets of their atmospheres depending on their proximity. So, what makes TOI-3757 like a marshmallow?

Astronomers have two theories that may be happening simultaneously. The first is to do with the planet's rocky core. Researchers believe that gas giants typically begin forming by a large rocky mass that is ten times the size of Earth. This rocky mass pulls in surrounding gas and dust, forming the gas giants we see today, such as Jupiter and TOI-3757. However, researchers analyzed TOI-3757's host star and found that it has a lower amount of heavy elements, which may have reduced the amount of overall gas TOI-3757 was able to pull in, thus impacting its overall density.

The second theory has to do with TOI-3757's orbit around its host star. Astronomers state that occasionally the planet can pass unusually close to the red dwarf star, which causes a large amount of heating, resulting in its thin atmosphere to bloat.

In other science news, astronomers recently made a significant discovery that may help humans find alien life, and it has to do with red dwarf stars.