The world's second-richest individual has decided to sell his private jet after he found out it was being tracked by people on Twitter. 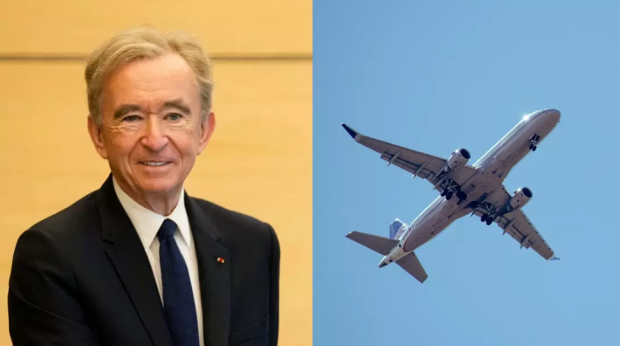 Reports indicate that Bernard Arnault, the CEO of the world's largest luxury goods company LVMH, or more commonly known as Louis Vuitton, has sold the private jet linked to his company after Twitter climate activists began tracking its location and tallying up its carbon emissions. Arnault spoke to France's Radio Classique and said that the group that owned the plane, which was associated with his company, has now sold, which has resulted in no one being able to "see where I go".

The Twitter accounts that were tracking private jet flights and measuring carbon emissions have been doing so for six months, with both accounts generating more than 100,000 followers each. Two Twitter accounts, @i_fly_Bernard, and @laviondebernard tracked the billionaire's flights, with the bio of the I Fly Bernard account stating that "63 French billionaires emit as much CO2 as 50 percent of the population".

This isn't the first time a celebrity has had their private jet flights tracked and measured by Twitter climate activists as Taylor Swift recently came under fire for her 170 flights between January 1 and July 29, 2022, which equated to 8,294 tonnes of carbon dioxide - more than 1,000 times the emissions of the average person's carbon footprint. Elon Musk also has a private jet tracker, which he attempted to pay the teenager that created it $5,000 to delete after he became aware of it.