A study on the underground ocean titled "Hydrous peridotitic fragments of Earth's mantle 660 km discontinuity sampled by a diamond" has been published in the journal Nature Geoscience. 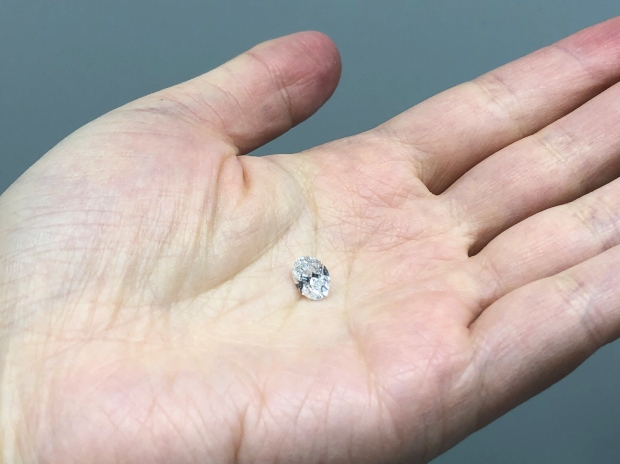 Researchers from the Goethe University in Frankfurt have analyzed a rare diamond that formed 660 kilometers (410.1 miles) below the Earth's surface and was sourced from Botswana, Africa. At this depth is the boundary between the lower mantle and the transition zone, the area between Earth's lower and upper mantle. Diamonds from this depth are extremely rare, and the one they found contained numerous inclusions of ringwoodite, the most common mineral at this depth.

The ringwoodite inclusions have high water content and provide evidence that the planet's water cycle includes the interior of the Earth, as slabs of the mantle shift and allow deep-sea sediments to work their way deeper into the Earth, taking water with them. The mineral content of the transition zone indicates it is capable of absorbing six times the amount of water found in the oceans above, but it wasn't known until now if it did actually store any of that water.

"The subducting slabs also carry deep-sea sediments piggy-back into the Earth's interior. These sediments can hold large quantities of water and CO2. But until now it was unclear just how much enters the transition zone in the form of more stable, hydrous minerals and carbonates-and it was therefore also unclear whether large quantities of water really are stored there," said Professor Frank Brenker from the Institute for Geosciences at Goethe University.

"In this study we have demonstrated that the transition zone is not a dry sponge, but holds considerable quantities of water. This also brings us one step closer to Jules Verne's idea of an ocean inside the Earth," Brenker continued.