In a seemingly never-ending story of delays and postponing, NASA has rolled back its Artemis 1 rocket back to the Vehicle Assembly Building.

NASA has taken to its blog to announce that its team decided to roll back the Artemis 1 Space Launch System rocket along with the Orion spacecraft back to the Vehicle Assembly Building at NASA's Kennedy Space Center in Florida on Monday, September 26, ahead of approaching Hurricane Ian that's expected to make landfall on September 29.

The decision by NASA came after the latest weather predictions were taken into account about the official expectations of Hurricane Ian and how the hurricane was going to affect the weather conditions in the Kennedy area. Furthermore, NASA writes on its blog that the decision to roll back the SLS rocket was to protect the rocket itself from the hurricane while also allowing employees time to address the needs of their families.

"Managers met Monday morning and made the decision based on the latest weather predictions associated with Hurricane Ian after additional data gathered overnight did not show improving expected conditions for the Kennedy Space Center area. The decision allows time for employees to address the needs of their families and protect the integrated rocket and spacecraft system. The time of first motion also is based on the best-predicted conditions for rollback to meet weather criteria for the move," writes NASA.

"At 11:21 p.m. ET Monday, NASA's Artemis I Moon rocket left launch pad 39B atop the crawler-transporter and began its 4-mile trek to the Vehicle Assembly Building (VAB) at NASA's Kennedy Space Center in Florida," wrote NASA in a more recent update. 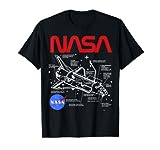