A study on the diamond formation titled 'Retrospective analysis of somatic mutations and clonal hematopoiesis in astronauts' has been published in the journal Communications Biology. 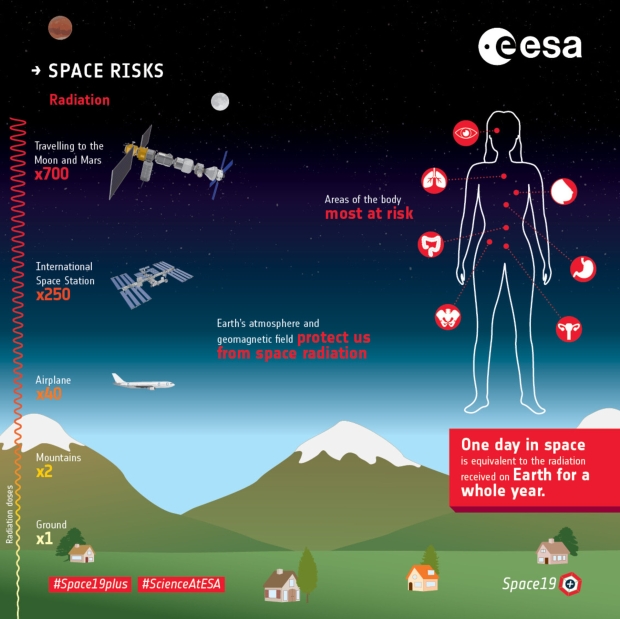 Researchers from the Icahn School of Medicine at Mount Sinai have completed a first-of-its-kind study that assessed blood samples collected from astronauts that flew for the National Aeronautics and Space Administration (NASA) between 1998 and 2001. The astronauts flew on space shuttle missions, and the blood samples from all 14 astronauts revealed DNA mutations that lend themselves to an increased risk of developing cancer and heart disease and are potentially linked to spaceflight

The mutations are known as somatic mutations and are found in the astronauts' hematopoietic stem cells, which comprise part of the blood-forming system and can become any kind of blood cell. Somatic mutations occur after a person is conceived and affect cells that are neither sperm nor eggs, so they cannot be passed on. The astronauts were found to have clonal hematopoiesis (CH), meaning the overrepresentation of blood cells made from a single clone.

"Astronauts work in an extreme environment where many factors can result in somatic mutations, most importantly space radiation, which means there is a risk that these mutations could develop into clonal hematopoiesis," said the study's lead author David Goukassian, MD, Professor of Medicine (Cardiology) with the Cardiovascular Research Institute at Icahn Mount Sinai.

The cohort of astronauts flew for a median duration of 12 days and at a median age of 42 years old. Six of the fourteen were on their first mission to space. Blood samples were collected ten days before their flight, on the day of their return, and three days after. While clonal hematopoiesis is not necessarily indicative of disease, it is correlated with higher cardiovascular disease and blood cancer risks.

"Although the clonal hematopoiesis we observed was of a relatively small size, the fact that we observed these mutations was surprising given the relatively young age and health of these astronauts. The presence of these mutations does not necessarily mean that the astronauts will develop cardiovascular disease or cancer, but there is the risk that, over time, this could happen through ongoing and prolonged exposure to the extreme environment of deep space," continued Dr. Goukassian.