If Microsoft's Matt Booty can be believed, the new Perfect Dark game should mix spy thriller action with suave and sophisticated confidence. 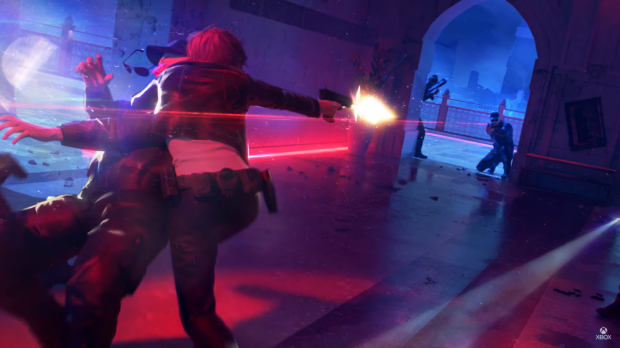 We haven't seen much of the new Perfect Dark reboot from Microsoft's secretive games studio The Initiative. The game was formally announced in 2020 with a 2-minute trailer consisting mostly of flycam footage and not any actual gameplay sequences. But according to Microsoft, the game will take the best of the worlds of James Bond and The Bourne Identity, indicating a "super spy fantasy" that features a skilled Joanna Dark with an arsenal of slick and dangerous gadgets.

"We're rebooting the game very carefully. Some of those things don't age well, right? What's super cool about Perfect Dark and Joanna Dark is the super agent fantasy, the spy fantasy, the Borne Identity and James Bond kind of thing, that's always a cool meme that people want to lean into, but we have to make sure we bring it forward in the right way. So we're moving very carefully," Booty said at PAX West.

One thing that Booty didn't mention is the game's emphasis on acrobatics. Apparently Joanna Dark will be much more nimble and limber this time around.

"One of the things we thought about was how do to differentiate what we call spy fighting versus what we'd see in a traditional first-person shooter. Sliding under things, jumping over things, we really wanted to play up the physicality in the world...trying to get that excitement in moving in places and ways that you and I don't," Perfect Dark design director Drew Murray said during the game's 2020 reveal.

The Initiative's Perfect Dark reboot has faced rocky development so far. Since the game's announcement two years ago, major developers have left The Initiative including the game's original design director Drew Murray.

Microsoft has enlisted Crystal Dynamics, the developers of the newer Tomb Raider reboot trilogy, to help out with Perfect Dark.