Justin Maki, an Imaging Scientist and the Mastcam-Z Deputy Principal Investigator at NASA's Jet Propulsion Laboratory (JPL), has collated the various bits of human-made debris the space agency's rovers have found on Mars.

Much of the recently found debris has been from the entry, descent, and landing (EDL) hardware that NASA used to carry its Perseverance rover to Mars' surface. The rover landed on the planet on February 18th, 2021, and the EDL hardware was jettisoned a safe distance away during the rover's descent. Since then, Perseverance and the accompanying Ingenuity helicopter have imaged EDL debris.

On Sol 414 (April 19th, 2022), or the 414th Martian day, of Perseverance's mission, the Ingenuity helicopter spotted the discarded parachute and rover's backshell one kilometer (0.62 miles) from the mission's landing site. As of Sol 508 (July 24th, 2022), the Perseverance rover has found about six suspected pieces of EDL debris in the Hogwallow Flats region, located about 2 kilometers (1.24 miles) northwest of where the EDL initially crashed.

Many of these pieces of debris have found their way around the planet thanks to the wind, including fragments of thermal blanket material, Dacron netting material, and some debris resembling string, thought to be a shredded part of a large piece of Dacron netting. Perseverance isn't the first rover to have left litter scattered across the planet's surface, though. The Mars Exploration Rover (MER) Opportunity rover photographed a heatshield it discovered on Sol 335 (January 2nd, 2004) of its mission.

Learn more about the debris and see photos of each in Maki's breakdown here. 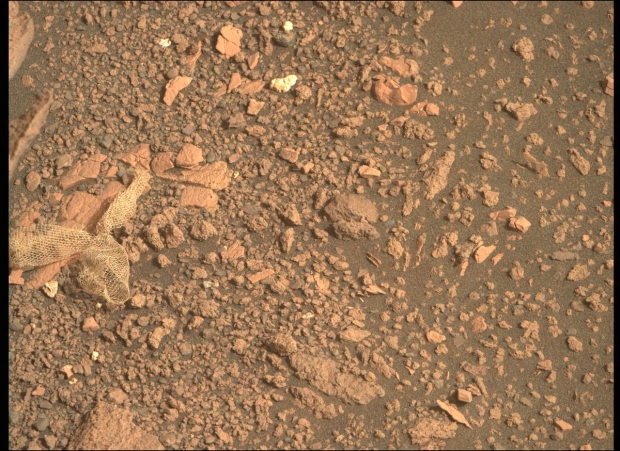 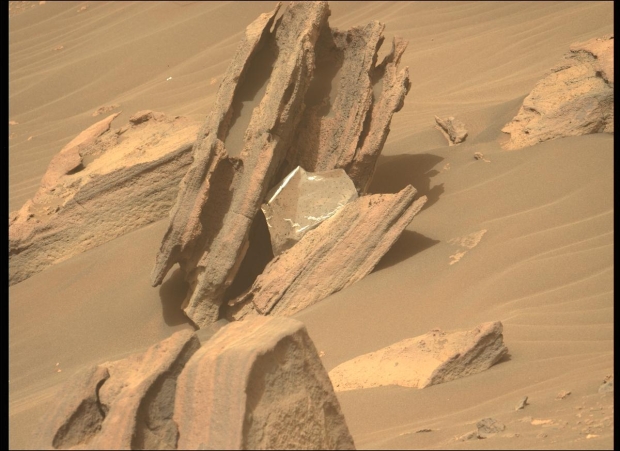 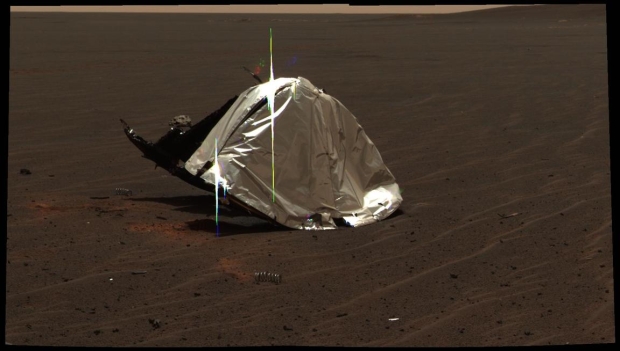 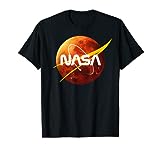