The internet is currently clawing for answers from NASA as recent images released from the space agency revealed a strange spaghetti-like object. 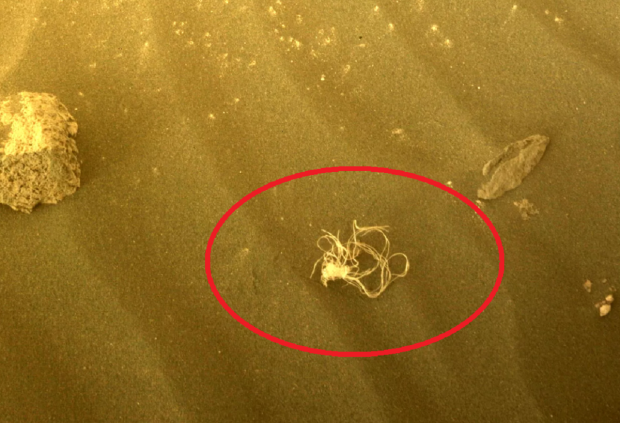 The image seen above was snapped by NASA's Perseverance rover, which is currently exploring the Jezero Crater on Mars. The photograph was taken on July 12, 2022, with Perseverance's Front Left Hazard Avoidance Camera A and can be found on the NASA website, where the space agency lacks a description for the strange string-like object seen in the middle of the image.

So, what is the object? At the moment, there is no official explanation from NASA on what the object could be, but CNET has reported that the most likely answer is it is Perseverance's own landing gear. This wouldn't be very surprising, considering it was only last month that NASA's Mars rover spotted its own thermal blanket that was used to protect it on its entry to the Red Planet.

Judging by the publications reporting on this comment and Newsweek writing it asked NASA for comment on the object, we can expect the space agency to put out an official explanation sometime soon.