Drought conditions in Texas have caused dinosaur tracks from approximately 113 million years ago to appear in a river bed flowing through the state's Dinosaur Valley State Park. 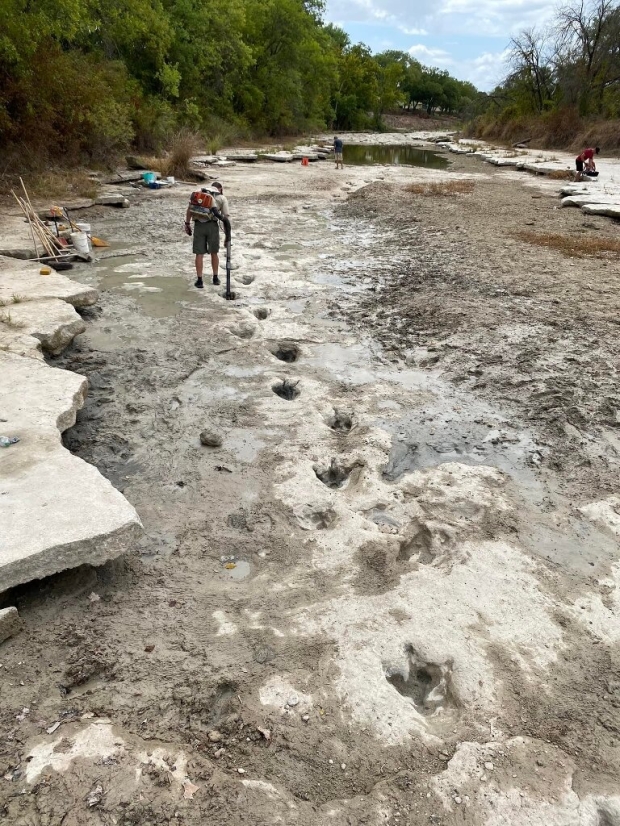 Stephanie Salinas Garcia of the Texas Parks and Wildlife Department explained that the extreme drought conditions of the past summer have dried up the river in many locations, allowing more tracks to be uncovered throughout the park. The river is described as "one of the longest dinosaur trackways in the world," and the newly revealed three-toed footprints belong to multiple species of dinosaurs, including the Acrocanthosaurus and the Sauroposeidon.

The Dinosaur Valley State Park is located inland, southwest of the city of Dallas, Texas, and according to the park's website, it once existed at the edge of an ancient ocean. These dinosaurs, whose fossils were discovered across Texas, Wyoming, and Oklahoma, dated between 113 and 100 million years old, would have roamed the oceanside, leaving their tracks in the mud.

Normal river conditions mean the tracks are underwater and usually filled with sediment, making them relatively invisible. Garcia anticipates that as the drought eases and the forecasted rain returns, the water level in the river will rise again, burying the tracks. However, the "Dinosaur Valley State Park will continue to protect these 113 million-year-old tracks not only for present, but future generations." 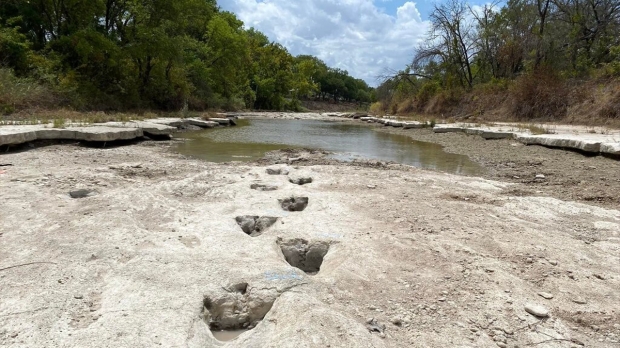