A study on the black hole jets titled "Collimation of the kiloparsec-scale radio jets in NGC 2663" has been accepted for publication in the journal Monthly Notices of the Royal Astronomical Society. 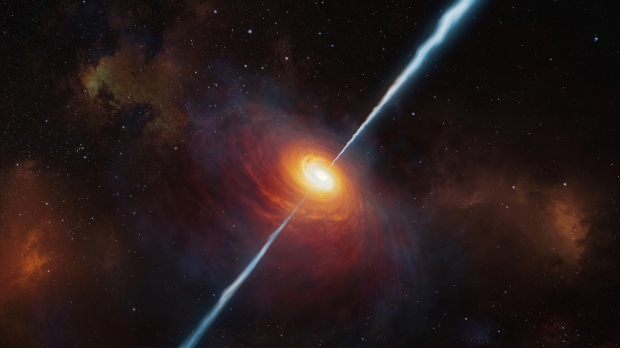 Researchers from Western Sydney University have discovered one of the largest known black hole jets, coming from the NGC2663 galaxy situated at a relatively close distance of 93 million light-years away from Earth. It contains approximately ten times the number of stars found in the Milky Way galaxy and a central black hole with jets shooting out from it in opposite directions.

The team observed NGC2663 as part of its Evolutionary Map of the Universe (EMU) survey. They used the Commonwealth Scientific and Industrial Research Organisation's (CSIRO's) collection of 36 linked radio dishes in Western Australia that comprise the Australian Square Kilometre Array Pathfinder (ASKAP), which work together as a single, giant telescope. The radio waves detected from the galaxy revealed jets shooting material out from its black hole, spanning over a million light years from end to end, making them about 50 times larger than the galaxy itself. 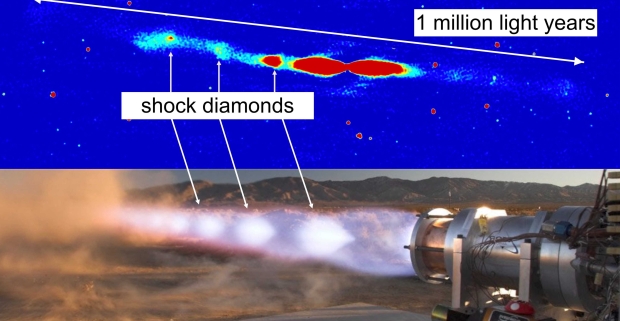 The researchers saw what are known as "shock diamonds" in the jets, as the matter between galaxies infringes upon them. They analogize this process to what is seen with jet engines, where ambient pressure from the atmosphere pushes against the exhaust plumes from the engine. The effect is present for other black hole jets, but the size of those from NGC2663 demonstrates it at an unprecedented scale and shows there is enough matter in intergalactic space to create the effect.