The company's CEO, Dan Scarfe, conceived of the glasses after the previous year's Christmas, spending it with his family, including his 97-year-old hard-of-hearing grandfather. Scarfe noticed his grandfather struggling to engage in conversations with the rest of the family in real-time, telling Euronews Next that "it's just so difficult when there are so many people around you and you're trying to keep track of the different conversations which are going on," and that "it's got to the point now where he literally just sits in silence."

Scarfe thought to himself that his grandfather always watches TV with subtitles, planting the idea to "subtitle the world" for him and others. Six months later, his company XRAI Glass had partnered with Nreal, a manufacturer of AR glasses, to reveal the XRAI Glasses. The glasses are connected to a mobile phone that will process the required information and create the graphics to be displayed and used to create and display a speech transcription from nearby people using Amazon's Alexa transcription service.

"What our software effectively does is it takes an audio feed from the microphone on these glasses [and] sends it down to the phone. On the phone we are effectively turning that audio into closed captions and then, using that Nreal software, we can project those subtitles into the real-world," said Scarfe.

"We're going with a small number to begin with to prove it out, to get the feedback, to understand what people like, what they don't like, [and] rapidly innovate on that. And then we're hoping if the winds are behind us, then we will reach general availability by September," continued Scarfe.

"As a profoundly deaf person myself, I was blown away by this technology. When I tried on the glasses, I was astonished-real-time subtitles that enable you to engage and participate as never before," said Steve Crump, Founder and Chair, DeafKidz International. 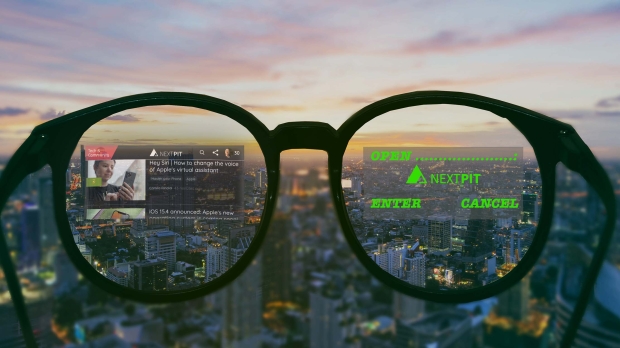