A study on growing plants on Mars titled "Farming on Mars: Treatment of basaltic regolith soil and briny water simulants sustains plant growth" has been published in the journal PLOS One. 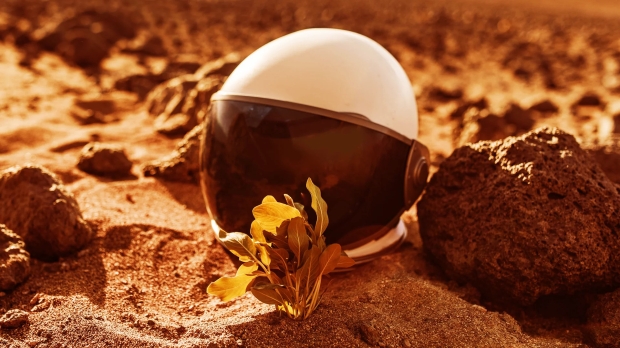 Researchers from Iowa State University have tested what crops are best suited for growing in Martian regolith, which mostly comprises basaltic dust (weathered pieces of volcanic rock). Volcanic regions on Earth are typically nutrient-dense, and Mars' volcanic regions share similar nutrients in the surrounding soil. However, on Mars, there is a lack of organic carbon, so the regolith doesn't hold water well, nor does it contain enough nutrients to support growing calorie-dense crops.

To make the soil on Mars more viable for crops, it will need to be sufficiently fertilized. The researchers determined this could be achieved by growing alfalfa, which requires few nutrients to grow, and which the team was able to grow in simulated Martian regolith. Furthermore, by crushing up the alfalfa into powder form and using it to fertilize the regolith directly, the researchers could support the growth of other plants like turnips, radishes, and lettuce.

Notably, the resultant vegetables provide fewer calories than when grown in normal conditions on Earth but provide a proof of concept for growing such foods on Mars. Another problem facing crop growth on Mars is the availability of water, which is found either frozen at the planet's poles or underground in salty reservoirs.

The researchers tested cyanobacteria, specifically Synechococcus sp. PCC 7002, with a simulated brine solution, demonstrating successful desalination. The water was then filtered with basaltic rock and used to grow alfalfa and other vegetables in conjunction with the simulated Martian regolith, showing Martian soil and water could support future farming efforts.