Multiple publications have reported that the situation around the largest nuclear power plant in Europe is growing worse as Russian forces tempt fate by bombing the area. 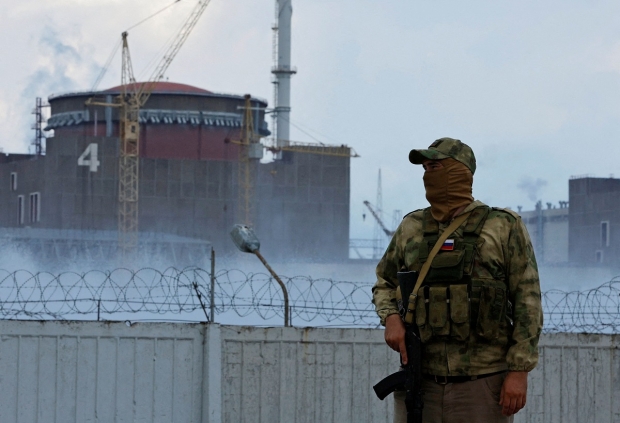 Officials from the International Atomic Energy Agency (IAEA), the United Nations' watchdog for nuclear energy, said on Thursday that the time is a "grave hour", with IAEA Director General Rafael Mariano Grossi warning the public that multiple parts of the Zaporizhzhia nuclear plant were destroyed from bombing runs conducted by the Russian military. The director general said the plant is now risking an "unacceptable" potential radiation leak.

The atomic energy official warned that based on Russia's recent actions, the situation at the plant, while currently posing no threat, could change "at any moment", which could lead to very serious consequences that may affect multiple regions across Europe. Grossi called for an immediate stop bombing the area, with Ukraine President Volodymyr Zelensky putting the blame on Russia and Russia's UN Ambassador Vassily Nebenzia stating on Thursday that Ukraine was responsible for the bombings and that the nation should stop as the plant is at risk of a radiation leak.

CNN reports that Ukraine's nuclear agency Energoatom confirmed ten shells landed near the facility on Thursday, August 11, which prevented all of the workers within the complex from leaving. The nuclear agency said that the staff will continue to work until the situation around the site normalizes.

Energoatom also recorded normal radiation levels, indicating that the plant is operating normally despite the ten shells that landed near it. Ukrainian officials have accused Russia of using the nuclear power plant as a shield to prevent any fire on its troops, with the Kremlin knowing that Ukraine won't fire upon the plant to risk a meltdown. The same accusations came from US Secretary of State Antony Blinken.

Furthermore, UN Secretary-General Antonio Guterres described the bombing around the nuclear facility as "suicidal", and that he was "gravely concerned" about the matter. Adding that any potential damage to the Zaporizhzhia or any other of Ukraine's nuclear facilities may lead to catastrophic consequences for immediate vicinities, Ukraine, and surrounding regions.

This isn't the first time Russia has reportedly attacked a nuclear facility located in Ukraine, with previous reports indicating that Russian troops dug trenches into the radioactive soil at the Chernobyl nuclear power plant site. Reports also indicated that Russian troops withdrawn from the area after radiation poisoning. For more information on the aforementioned stories check out the links below.