Elon Musk has commented on the recent announcement from the Biden administration, which offered to exchange a Russian arms dealer for WNBA player Brittney Griner.

Griner was arrested in February and has remained detained in Moscow following airport officials allegedly discovering vape cartridges containing hash oil in her luggage. The Biden administration then offered to release Russian arms dealer Viktor Bout, known as the "merchant of death," to the Kremlin in exchange for Griner and Paul Whelan, a former marine accused of espionage having safe passage back to the US.

In response to these announcements and many of the reports that came out about the possible exchange, Musk took to Twitter on Sunday to voice his opinion on the matter. The Tesla CEO called for authorities to "maybe free some people in jail for weed here too?" and added a meme that stated the following; "People in the US in jail for weed while the government trades a Russian war criminal to free a woman's basketball player in jail for weed". According to Reuters, no deal has been confirmed between the US and Russia. 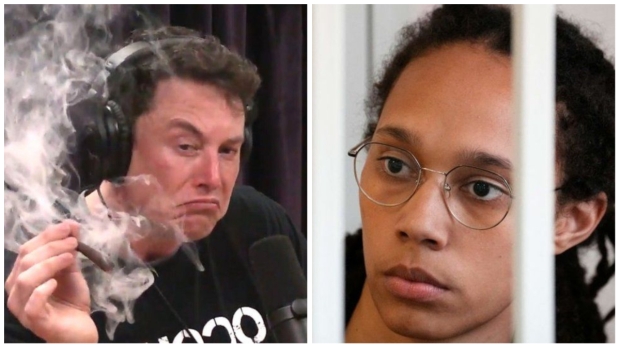