Intel's new Arc A-series desktop GPUs launched without even a whimper, with the new GPUs being an exclusive to China for many months... but it appears AIB partners are now getting some of that Arc silicon to make entry-level graphics cards for some upcoming pre-built PCs.

GUNNIR started it all with their custom Arc A380 Photon OC 6G graphics card, then ASRock, and now we have ASUS and MSI leaping into the game. The Intel Arc A380 cards from ASUS and MSI comes from leaker "momomo_us" on Twitter, where MSI lists its new PC with an Intel Core i5-12400 or Core i5-12400F for the lower-end SKU, while the higher-end system has an Intel Core i7-12700 or Core i7-12700F processor. 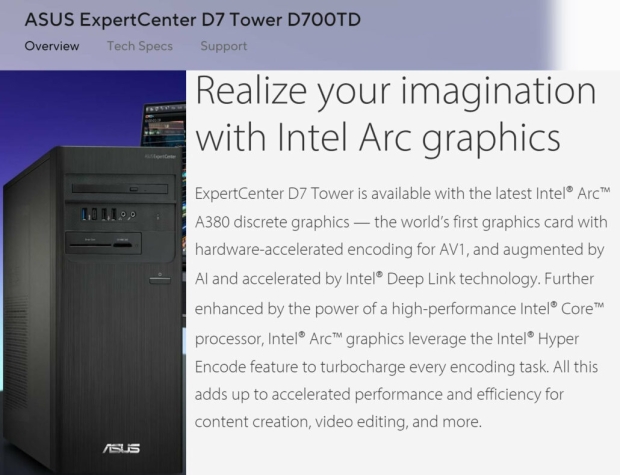 No higher-end Arc A770 here just yet, since it's still a while off... the only samples exist are with YouTubers for some videos, and to select reviewers in the coming months. We'll see how that mess ends up later this year.