Welcome to hell: Diablo Immortal has redefined Blizzard's mobile business by making $100 million in revenues faster than Fortnite did. 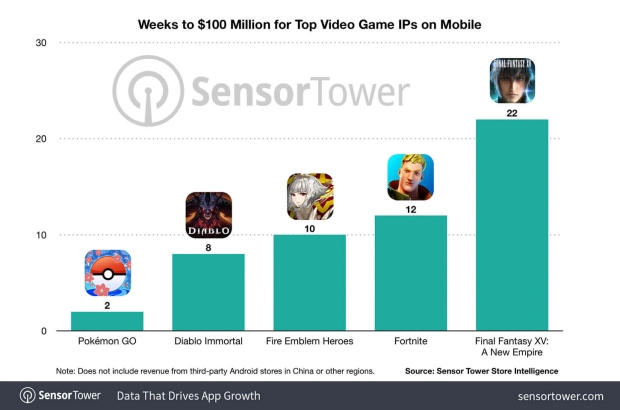 Data from SensorTower shows Diablo Immortal actually hit this threshold a whole month before Fortnite did on mobiles; it took Diablo Immortal 8 weeks to hit $100 million, and Fortnite hit the threshold after 12 weeks. Gamers from the United States is spending the most on the game, followed closely by South Korea.

The analyst firm says that Diablo Immortal is currently #13 best mobile game in revenues. These rankings and values do not include third-party Android storefronts in China or other worldwide regions, so the earnings may be even higher.

"On July 25, 2022, Diablo Immortal was published in China by NetEase, and the country has quickly proven to be a strong market for the game. During its first two days of release, Diablo Immortal ranked as the No. 1 most downloaded app across all categories on the Apple App Store in the country. On launch day, it ranked as the No. 3 top grossing game on the marketplace, while on July 26 it ranked No. 2, above PUBG Mobile from Tencent-localized as Game For Peace in China-and below Honor of Kings, also from Tencent, at No. 1," SensorTower wrote on its blog.