A study on the predator titled "A crown-group cnidarian from the Ediacaran of Charnwood Forest, UK" has been published in the journal Nature Ecology & Evolution. 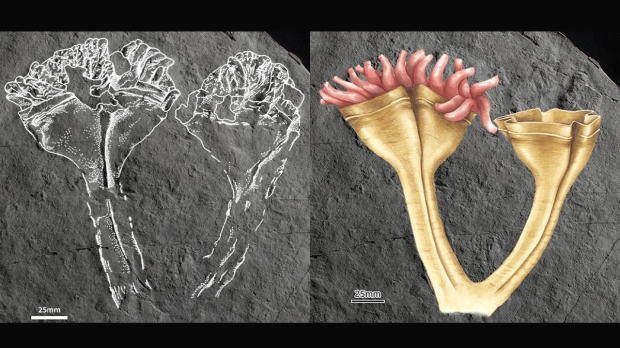 Paleontologists have discovered a 560-million-year-old fossil of the earliest known predator from the animal kingdom. The animal has been named the Auroralumina attenboroughii in honor of Sir David Attenborough, with the first portion of its name meaning "dawn lantern" in Latin. The A. attenboroughii is related to the group of animals that includes corals, jellyfish, and anemones.

The fossil was found in Charnwood Forest near Leicester, England, where many famous fossils have been found. It is the oldest animal discovered to have a skeleton, and it predates the emergence of animals like jellyfish around 540 million years ago by about 20 million years. Jellyfish and many other animals appeared during the Cambrian Explosion, from which point much of the anatomy of living animals became fixed. However, this find suggests that this general anatomy may have been fixed at least 20 million years earlier.

"When I was at school in Leicester I was an ardent fossil hunter. The rocks in which Auroralumina has now been discovered were then considered to be so ancient that they dated from long before life began on the planet. So I never looked for fossils there. A few years later a boy from my school found one and proved the experts wrong. He was rewarded by his name being given to his discovery. Now I have - almost - caught up with him and I am truly delighted," said Sir David Attenborough, referring to the Charnia masoni fossil found by Roger Mason.