A study on Y chromosome loss titled "Hematopoietic loss of Y chromosome leads to cardiac fibrosis and heart failure mortality" has been published in the journal Science. 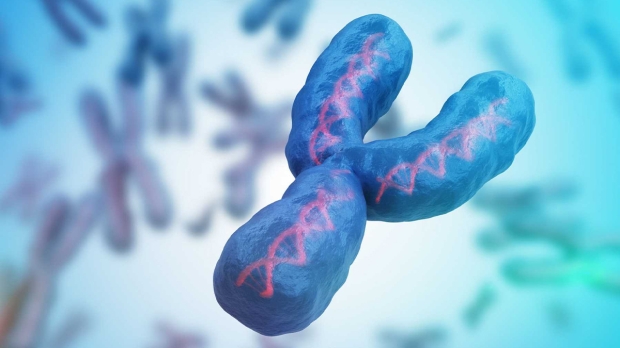 Researchers from the Osaka Metropolitan University have investigated how a condition called mLOY (mosaic Loss Of Y chromosome) contributes to the risk of cardiovascular disease and strokes with age. The condition arises when errors occur during DNA replication as new cells are made in the body, and letters in the DNA code change, sometimes resulting in the loss of entire chromosomes as cells divide and replicate.

mLOY occurs when white blood cells lack their Y chromosome and appears in at least 20% of 60+ year olds and 40% of 70+ year olds. The condition is associated with shorter lifespans and a greater risk of age-related diseases, including Alzheimer's and cancer. The team found that mLOY leads to tissue damage in mice, ultimately leading to heart failure or cardiovascular disease.

"In the mouse models used in the study, the mouse Y chromosome was eliminated to mimic the human mLOY condition and we analysed the direct consequences that this had. Examination of mice with mLOY showed an increased scarring of the heart, known as fibrosis. We see that mLOY causes the fibrosis which leads to a decline in heart function," said Lars Forsberg, Associate Professor at the Department of Immunology, Genetics and Pathology at Uppsala University, and co-leader of the study.

"We also see that men with a higher proportion of white blood cells with mLOY in the blood have a greater risk of dying from cardiovascular disease. This observation is in line with the results from the mouse model and suggests that mLOY has a direct physiological effect also in humans," continued Forsberg.

The Philadelphia Chromosome: A Genetic Mystery