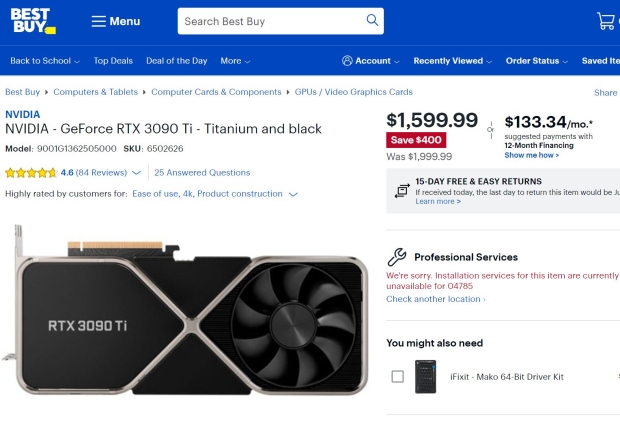 Best Buy is an official NVIDIA partner, as they're the only place that you can buy NVIDIA's in-house GeForce RTX 3090 Ti Founders Edition in the US. NVIDIA hasn't dropped the price of its GeForce RTX 3090 Ti FE, but rather Best Buy has slapped $400 of discount on it -- but do you think Best Buy is doing that without NVIDIA's permission -- for their best GeForce GPU, and a Best Buy exclusive in the US at that. Nah, they know. But the bigger question is why?