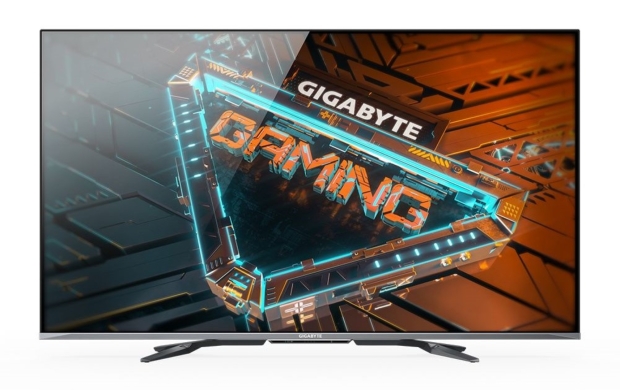 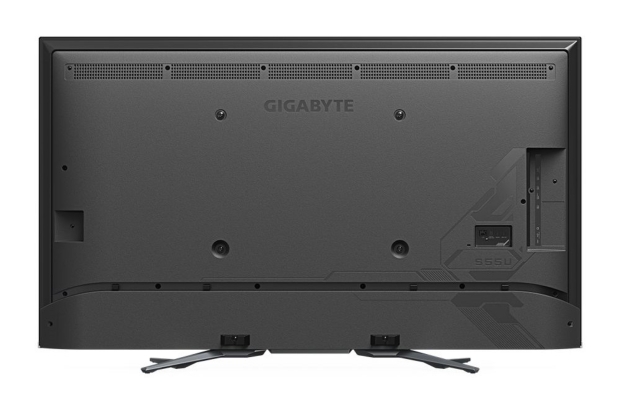 On the visual side of the GIGABYTE S55U gaming monitor, we're looking at Full Array Local Dimming (FALD) which is different to other technologies: local dimming technology can increase the contrast ratio to provide better image quality by dimming the area on the screen that's needed at the time, while keeping the bright side of the screen bright.

GIGABYTE's new S55U gaming monitor has an array of 132 zones, which means you'll get beautiful colors and blacks at the best moments of your movies, TV shows, or gaming with HDR content. 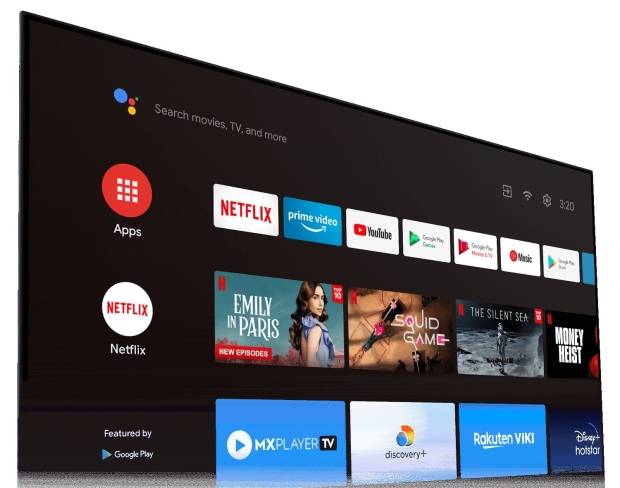 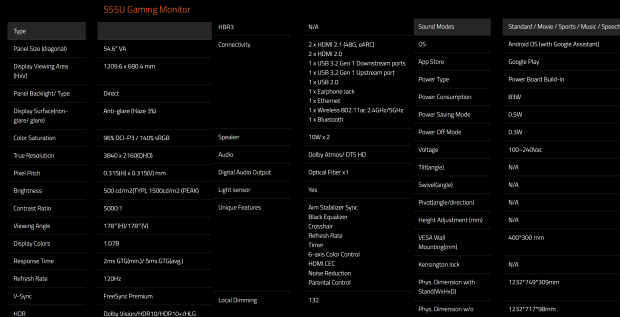 If you're using the HDMI 2.1 connectivity on the GIGABYTE S55U gaming monitor to hook into your Microsoft Xbox Series X or Sony PlayStation 5 console, you've got not just a large panel, but that up to 4K 120Hz greatness. GIGABYTE also includes Variable Refresh Rate (VRR) and Auto Low Latency Mode (ALLM) for gamers. There's also eARC support that provides super-easy connectivity for multiple HDMI devices into the GIGABYTE S55U gaming monitor.