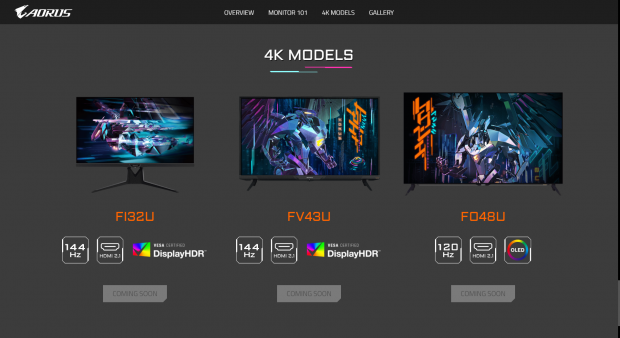 The new flagship AORUS FO48U is the big daddy of them all rocking a huge 48-inch panel, and still rocking 4K 120Hz -- meanwhile the smaller siblings crank up a bit higher to 4K 144Hz. All of the monitors have HDMI 2.1 connectivity that allows 4K 120Hz while GIGABYTE goes all-out using OLED panels on the new AORUS gaming monitors.

OLED panels deliver the best blacks, deep beautiful colors and instant response -- making them one of, if not the best choice for gamers. With the new AORUS gaming monitors coming in 32-inch, 43-inch, and 48-inch sizes all offering 4K 120Hz and HDMI 2.1 at a minimum, the huge 48-inch AORUS FO48U now joins the LG 48-inch 4K 120Hz OLED TV as an OLED-based 48-inch display with 4K 120Hz for the ultimate in gaming. 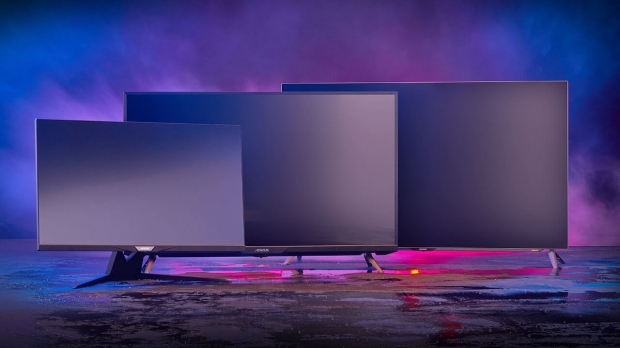 GIGABYTE includes VESA DisplayHDR 1000 certification, esports-grade 144Hz refresh rate and 0.5 super-fast response on the smaller 32-inch and 43-inch AORUS gaming monitors. The bigger 48-inch model drops down to 120Hz but I don't think most people would tell the difference between 120/144FPS. 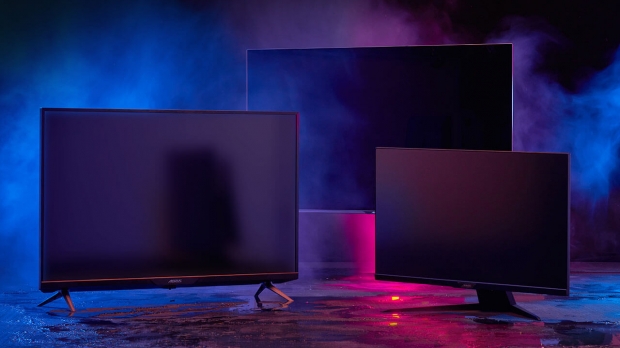 The 43-inch AORUS FV43U will be an interesting competitor to the already here ASUS ROG Swift PG43UQ gaming monitor -- a 43-inch 4K 144Hz monitor with a VA panel and also VESA DisplayHDR 1000 certification. GIGABYTE using an OLED panel makes the new AORUS monitors an automatic win over the VA-based ASUS ROG Swift PG43UQ and any other non-OLED panel at that size and refresh rate.

ASUS does have the ROG Strix XG43UQ coming, which will have HDMI 2.1 connectivity and 4K 144Hz ready to go but it won't be using a delicious OLED panel like the new AORUS gaming monitors should proudly be marketing and shouting this from the rooftops.

No pricing or other details on the new AORUS gaming monitors have bene revealed just yet, but once we know more we'll keep you updated.