The Spanish National Police released footage from the seizure on July 4th, 2022.

A 14-month investigation has resulted in the arrest of eight people across Spain; in Cadiz, Malaga, and Barcelona. Spanish police confiscated three large underwater drones used for smuggling drugs from Morocco across the Strait of Gibraltar, a narrow strip of the sea only 13 kilometers (8 miles) wide, separating Morocco from Spain. It is the first discovery by the Spanish police of remotely-operable submersible vehicles.

Only one of the submersible drones was fully built, with the other two still being constructed by the gang operating them, which are believed to have been intended for delivery to a French gang. Each submersible can allegedly transport up to 200 kilograms (441 pounds) of cargo. The police also seized six "large aerial drones," rounding out 13 different vehicle types found in the gang's possession.

"Three unmanned underwater vehicles were recovered, one of them almost finished and two still under construction. They were due to be delivered to French narco-traffickers to be used to transport significant quantities of cocaine," the police said in a statement.

"They were making large, unmanned drones with huge load capacities that meant they could carry a cargo of between 150kg and 200kg. Among other uses, this equipment would have allowed drug traffickers to transport large quantities of drugs across the strait of Gibraltar by remote control," the statement continued. 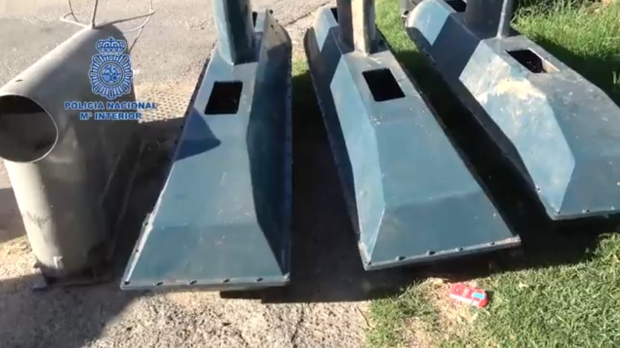