A study on the black hole titled "Discovery of the most luminous quasar of the last 9 Gyr" has been submitted for publication in the Publications of the Astronomical Society of Australia. 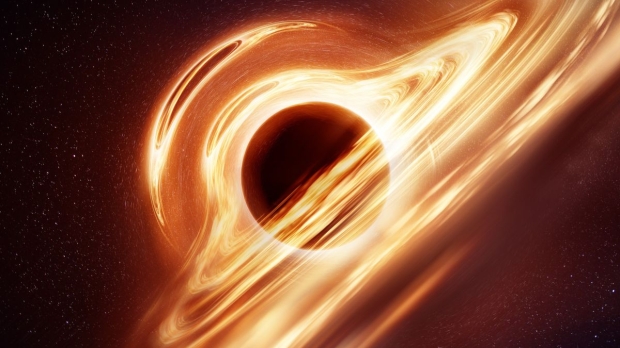 An international team led by astronomers from the Australian National University (ANU) has discovered a black hole growing faster than any other black hole in the last nine billion years. This black hole consumes an amount of mass equivalent to one Earth per second.

The black hole has a mass equivalent to three billion times that of our Sun and shines with 7,000 times more light than all of the light coming from the Milky Way, resulting in an apparent magnitude of 14.5, which measures how bright an object appears to an observer on Earth. Similarly sized black holes have been observed to stop growing at such fast rates billions of years ago.

"Astronomers have been hunting for objects like this for more than 50 years. They have found thousands of fainter ones, but this astonishingly bright one had slipped through unnoticed. Now we want to know why this one is different-did something catastrophic happen? Perhaps two big galaxies crashed into each other, funneling a whole lot of material onto the black hole to feed it," said Dr. Christopher Onken.

"This black hole is such an outlier that while you should never say never, I don't believe we will find another one like this. We are fairly confident this record will not be broken. We have essentially run out of sky where objects like this could be hiding," said co-author Associate Professor Christian Wolf.

"It is 500 times bigger than the black hole in our own galaxy. The orbits of the planets in our solar system would all fit inside its event horizon-the black hole's boundary from which nothing can escape," said co-author and ANU Ph.D. researcher Samuel Lai. 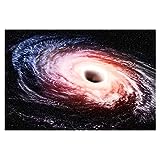