For some strange reason, 343 Industries is raising the price of Halo Infinite's controversial cosmetic armor microtransactions. 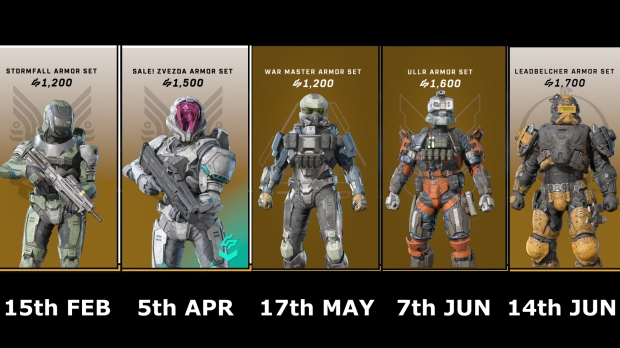 According to latest findings on Reddit, Halo Infinite's full armor set cosmetic packs are becoming more expensive. Prices have for these sets recently reached a high point of 1700 credits (roughly $17), prompted much criticism from Infinite players. Armor set prices have fluctuated from 1200, 1500, 1600, and now 1700 credits over the past five months.

343 Industries has been under fire for its lack of updates on upcoming Halo Infinite content. Halo notably was nowhere to be seen at the Xbox showcase outside of a small panel that re-affirmed a November release date for Halo Infinite's season 3.