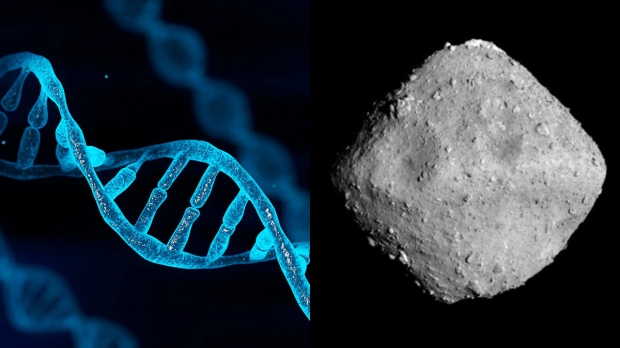 Researchers have analyzed samples retrieved from the Ryugu asteroid by the Japan Aerospace Exploration Agency's (JAXA) Hayabusa2 spacecraft after a six-year mission to visit the asteroid about 300 million kilometers (186.4 million miles). Researchers from Okayama University discovered organic matter, including amino acids, that they believe "could give clues to the origin of life on Earth."

In analyzing a sample of asteroid dust and rocks weighing only 5.4 grams (0.2 ounces), the team found 23 different types of amino acids. Amino acids are theorized to have been created on Earth billions of years ago through a combination of lightning strikes and other primitive conditions. However, the presence of amino acids on Ryugu, an asteroid located far from off, shows that they can form elsewhere and may have been brought to Earth early on.

"The discovery of protein-forming amino acids is important, because Ryugu has not been exposed to the Earth's biosphere, like meteorites, and as such their detection proves that at least some of the building blocks of life on Earth could have been formed in space environments," the researchers wrote in the study.

"Scientists have been questioning how organic matter-including amino acids - was created or where it came from, and the fact that amino acids were discovered in the sample offers a reason to think that amino acids were brought to Earth from outer space," said Kensei Kobayashi, an astrobiology expert and professor emeritus at Yokohama National University.