Albatron are mostly focusing on the price surprise of the new part saying it is able to run with the big boys without costing a fortune. We tend to agree on that. 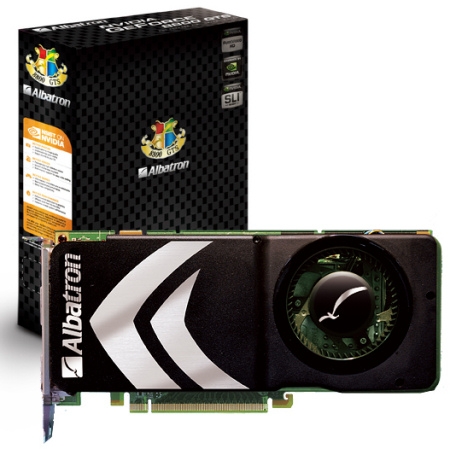 Albatron has announced the 8800GTS-512X, a new "Enthusiast" GeForce 8 Series VGA card that will give top-of-the-line cards something to take notice of because consumers are going to get a nice surprise when they catch a peek at the price tag. The board features 65 nm process technology, which was first introduced with the Albatron 8800GT-512X in October 2007. But there's no comparison: the 8800GTS-512X is, quite simply, big brother.

If the latest $700USD enthusiast card seems like buying a small car to you, take a good look at the 8800GTS-512X, coming in at several hundred's of dollars less. In fact, if "Enthusiast" is what you are, you only need to look at the price tag and you'll be sold. It's fast, it's cool and dollar for dollar, pixel for pixel and MHz for MHz, it's the best enthusiast card on the market.