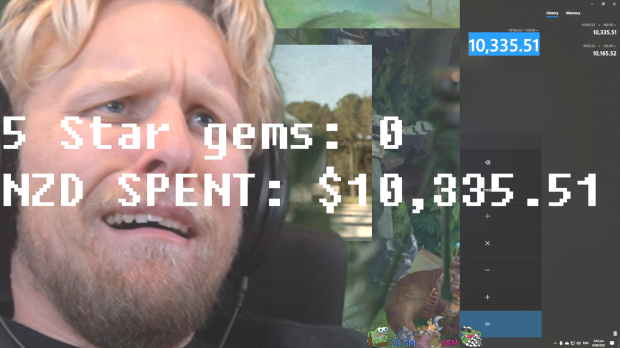 Diablo Immortal isn't just a name. Evil never dies and it looks like you have to be immortal to find 5-star legendary gems in this game. Our legendary gem drop rate calculations show that gamers have a 1 in 2000 chance of finding a five-star legendary gem. The odds are against you, and the house (of the devil) always wins.

So far, Quin has spent over 10,000 NZD (over $6,000 USD) on Diablo Immortal, which is just a small drop in the bucket to the tens of thousands that whales (high-value targets that spend big on microtransactions) have spent.

"It's a mobile game, it' just reskin of some other trash, from Diablo 3, there's zero originality."

Legendary crests can be purchased with real money, and are used to infuse Elder Rifts, or special portals to mini-dungeons with powerful bosses, with extra bonuses. Each crest guarantees a legendary gem drop. But each gem has six different grades with varying probabilities, chances, and odds. 5-star is the most powerful and also the most rare; the odds are 1:1999 and the probability in a 5-star gem drop is just 0.05%.

Diablo Immortal has other microtransactions including some that allow gamers to outright buy gems (see below).