The launch took place over the weekend, and Blue Origin's New Shepard rocket, which has been reported as somewhat phallic-shaped, carried a crew of six 60 miles above the surface of the Earth, passing the Karman line and giving the passengers an unparalleled view of the Earth. Notably, the entire launch only lasts 11 minutes, counting from the moment of liftoff until the capsule containing the passengers touches back down to Earth.

Blue Origin took to its social media accounts to share the news of its now fifth crewed mission and 21st overall launch. The company touted that its engine inside the New Shepard rocket is powered by "clean-burning liquid hydrogen and liquid oxygen," which produces water vapor as a bi-product. Blue Origin makes a point of its engine producing water vapor, as typical rocket fuels produce large amounts of CO2, which environmentalists say contributes to the ever-growing problem of global warming. 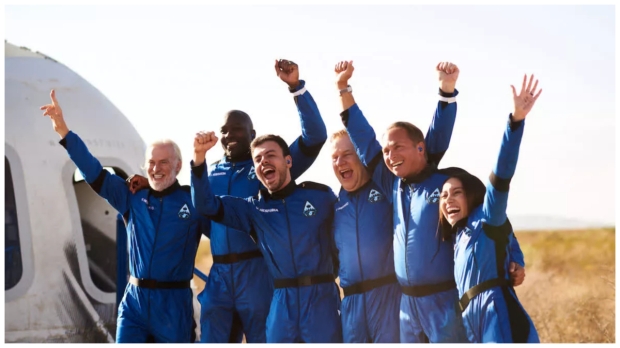