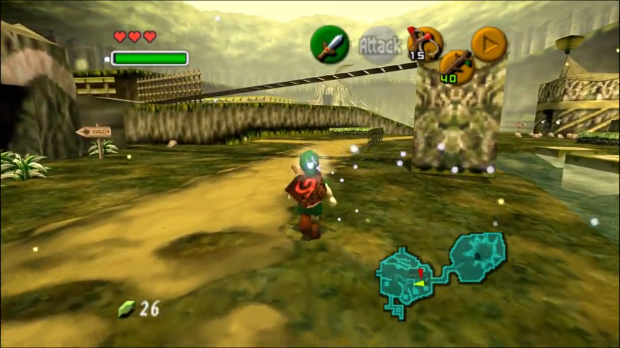 Dario used RT64, a path tracer behind sm64rt, to add these effects. The tool is slowly evolving into an actual emulator plugin.

"This means a bunch of games that never had 60 FPS patches can run at 60 FPS or more, while still running internally at their original rates," modder Dario said on Twitter.

"I also intend to make this plugin compatible with the methodology used by the existing SM64 and OoT PC ports, as it'll bring significant performance improvements for HD model replacements thanks to its decoupled rendering."

Sadly, the plugin won't be available any time soon.

"Don't expect this to come out any time soon as there's hundreds of issues I've yet to solve and features to add. The compatible games library is extremely limited," Dario said.

"I just figured it'd be best to clarify what this project was seeing as it was reported in a few news sites already."