As you may know, this is the upcoming chipset to replace the aging 680i SLI chipset which lacks proper support for new 45nm processors from Intel. 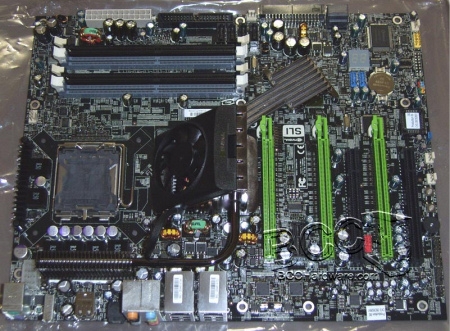 It is quite debatable how successful the 780i SLI will be but one of the key features it is touting is 3-way SLI with its three full-speed x16 PEG slots. Nvidia kind of screwed up the whole 3-way SLI thing as only graphics cards with two SLI bridge connectors (that's only GeForce 8800 GTX and Ultra) will be able to support it. It would have surely been more popular and accessible if it were not limited to just those two cards.

Nevertheless, BCC Hardware has a stack of pictures and even get as far as showing you parts of the BIOS. Check it out here.