The Tekken franchise has sold over 53 million units to date, Bandai Namco has announced. 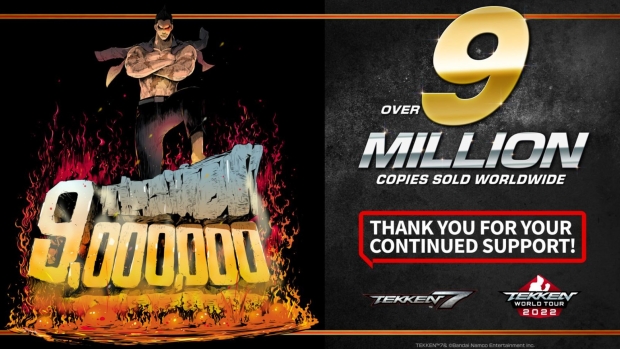 The latest sales figures show that Tekken is the most popular traditional fighting game series of all time. Bandai Namco today confirmed Tekken 7 has pushed past 9 million sales, and a quick bit of math gives us a total figure for the entire series. The Tekken franchise has now sold over 53 million games across dozens of entries in the last 28 years.

These numbers indicate Tekken has actually sold 6 million more copies that Capcom's Street Fighter series, which is currently at 47 million units. It's worth noting that crossover brawler Super Smash Bros. has technically sold more copies than Tekken with over 69 million units sold to date, the bulk of which is from the Switch version.

Bandai Namco is likely preparing Tekken 8 as we speak--the game was spotted in the massive GeForce Now leak from last year.