God of War on the PC is being updated, with v1.0.12 of the game now live on Steam... introducing support for AMD FidelityFX Super Resolution (FSR) 2.0 technology. 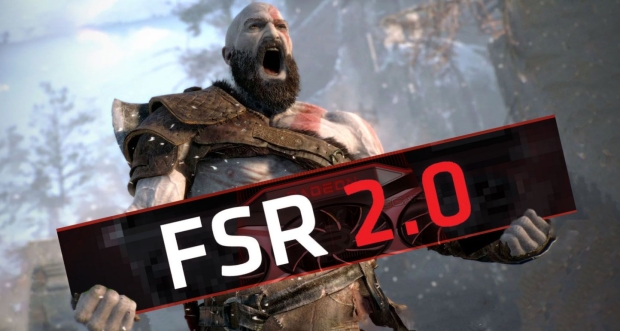 The new update for God of War makes it the third game to feature AMD FSR 2.0 upscaling technology so far, joining DEATHLOOP (the first) and then Farming Simulator 22 just recently. AMD says that it takes around 3 days to get FSR 2.0 working in a game, so things must be cranking at Team Red and game developers across the world getting FSR 2.0 into their games.

If you've got a newer Radeon RX series GPU and God of War on the PC, then make sure your game is updated on Steam and you can enable AMD FSR 2.0 right now. In the patch notes, the developer explains: "FidelityFX Super Resolution 2.0 has been implemented and is now available as a resolution-scaling option within the display settings menu".