We know that God of War will be coming to the PC with NVIDIA DLSS technology upgrades, but the former Sony PlayStation console exclusive will also have AMD FSR support.

God of War was originally announced with support for NVIDIA DLSS (Deep Learning Super Sampling) as well as its Reflex technology, but AMD is also adding FSR (FidelityFX Super Resolution. This is a big deal as DLSS is only for GeForce RTX 30 series owners, while FSR opens the gate to most modern GPUs.

FSR is being added into a bunch of new games including Call of Duty: Vanguard, Farming Simulator 22, Hot Wheels Unleashed, No Man's Sky, The Elder Scrolls Online, World of Warcraft: Shadowlands, and more. The inclusion of FSR tech in God of War is great for PC gamers, and we're not far away from the release on the PC with a launch of January 14, 2022. 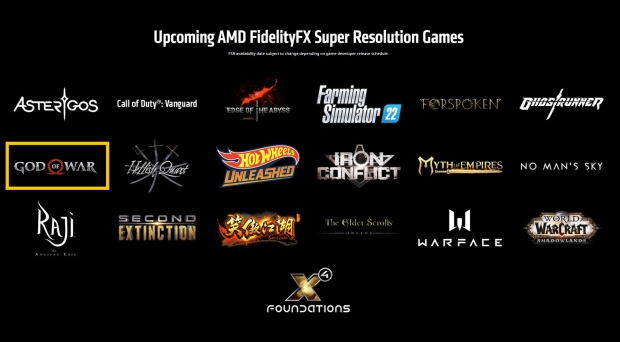