TCL has been busy leaking out Sony and Microsoft's upgraded current-gen consoles, which we've already heard rumors about, but now we're finding out where the GPU performance might land when compared to the PC. 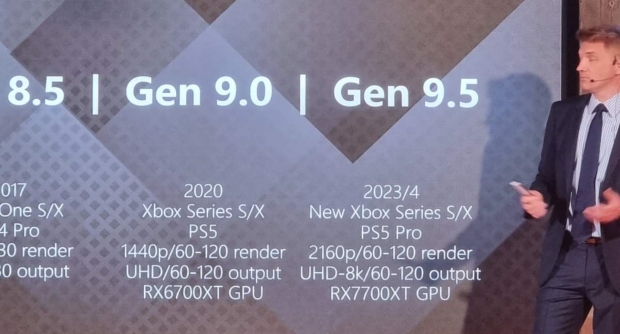 Polish website PPE attended a press event that TCL held recently, where it talked about its predictions for the upgraded consoles. TCL talked about the "new Xbox Series S/X" and "PS5 Pro" consoles, predicting that we'll see them push out 4K @ 60-120FPS "render" while they'll have 4K to 8K @ 60-120FPS "output". 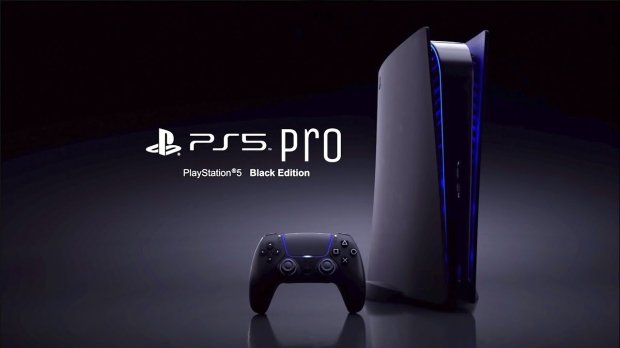 Sony wouldn't want to use a new, higher-end GPU... but AMD making strides with its GPU architecture and enjoying Navi 21 beating performance with Navi 33 is how. The GPU will be upgraded (2304 shading units in the GPU inside of the PS5, I'm sure we're going to see many more shading units in Navi 33) but also the GDDR6 memory.

In the rumors about the upgraded PS5 Pro, Tom said: "Most people think they should double the CU count to 72 CUs, take some newer RDNA IP from later architectures (like RDNA 3 for example) that will be around, while they're designing this Pro console, and add Zen 4, up clock speeds, maybe get it up to 300W and release a $600 or $700 console in 2023, maybe to market -- then more prevalent 8K TVs".