AMD's next-gen RDNA 3 architecture will be unleashed later this year, and now we have some very exciting rumors about the mid-range Navi 33-powered Radeon RX 7700 XT graphics card. 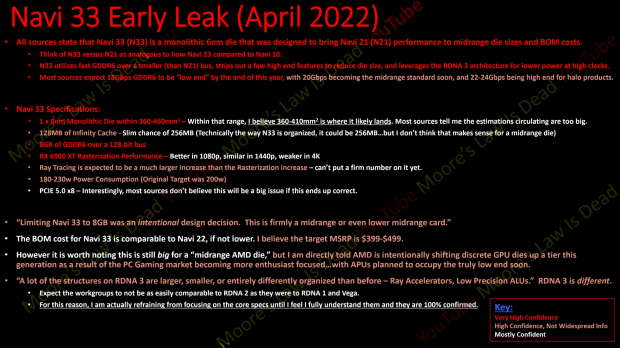 The new Radeon RX 7700 XT will reportedly rock a monolithic Navi 33 GPU made on TSMC's 6nm process node, 8GB of GDDR6 memory, and performance that should keep up with AMD's current Navi 21-based flagship Radeon RX 6900 XT. You read that right, not only that, but also power sitting at around 200W... better power efficiency than NVIDIA's Ampere, and next-gen Ada Lovelace GPU architectures.

We should be expecting a price of around $399-$499 from AMD according to Tom's sources, while the card is expected to have power consumption somewhere in the 180-230W range (200W was the original target).