The vessel, called the Suzaka, was powered by Orca AI, and traveled without any human intervention for 99% of the 40-hour trip. Suzaka was chosen by the Designing the Future of Full Autonomous Ships (DFFAS) project. Orca AI has previously conducted tests with its Automatic Ship Target Recognition System on Nippon Yusen Kabushiki Kaisha (NYK Line) ships.

The voyage involved the Suzaka traversing some of the most congested waters in the world in Tokyo Bay before arriving at the port of Tsumatsusaka in the Ise Bay. On its way, the ship autonomously performed 107 collision avoidance maneuvers unassisted, avoiding between 400 and 500 other vessels in the water during its outbound trip alone.

The Orca AI safety navigation system uses eighteen onboard cameras with a combined 360° view to achieve real-time detection, tracking, classification, and range estimation of surrounding vessels and obstacles. Orca AI trained it's AI and deep learning systems for over a year leading up to the voyage.

"We are honored to collaborate with the DFFAS consortium led by NYK group to drive automation and autonomous capabilities in commercial ships in some of the most congested waters in the world. The world's first commercial autonomous voyage is a significant milestone in this journey and we expect to see big shipping companies implementing advanced AI and computer vision technologies to materialize the autonomous shipping vision," said Yarden Gross, co-founder and CEO of Orca AI.

"With the great majority of Japan's international trade relying on shipping, it's been imperative for us to find technological solutions that can make shipping safer. We thank Orca AI for helping us find the ultimate computer vision solution to enhance situational awareness on ships, despite the obstacles the global pandemic has presented. Their successful delivery of the entire project, thousands of kilometers away from Japan and with complex hardware and software being shipped and remotely updated regularly, is a prime example of the potential technology has to transform the industry," said Dr. Hideyuki Ando from NYK Group. 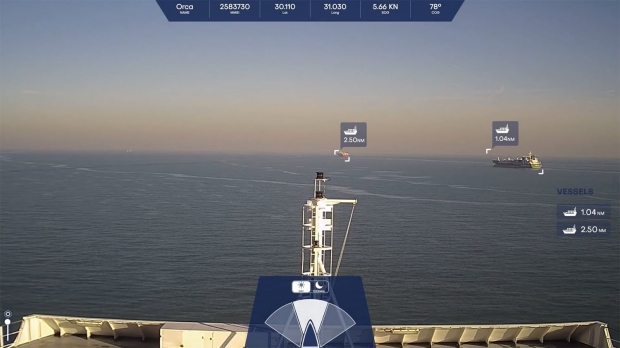