The Great Sphinx has had the world's eyes on it over the last couple of days, as rumors and speculation suggested that the Sphinx was spotted with its eyes CLOSED. This might not seem like much, but it is very, very significant.

The infamous statue guards over the three pyramids in Egypt, since it was crafted at what we believe in 2500 BCE -- under sand until 1939 -- but now some activists posted pictures of the Sphinx on social media showing that it had "closed its eyes". This phenomenon means that there is a "major event" that will take place in Egypt in the very near future.

As for the Sphinx, it was created with the body of a lion and the head of a human -- which we are to believe is the fact of Pharoah Kafre -- who ruled around 2500 BCE. The above post on Facebook from Mohammed Hassan translated: "There is no comment, the Sphinx has closed its eyes without the intervention of the archeological authority, restoration, or anyone getting close to the eye".

Everything reportedly started from the above Facebook post, with multiple images and a video of the Sphinx with its eyes closed. Of course, people say this is a hoax but we wouldn't truly know ourselves unless we flew there and saw it with our own eyes.

CERN recently cranked back up the Large Hadron Collider, and Disney and Marvel released Doctor Strange in the Multiverse of Madness all in the last couple of weeks. I mean, maybe we're living in a simulation like Elon Musk said... or maybe it's the Mandela Effect. 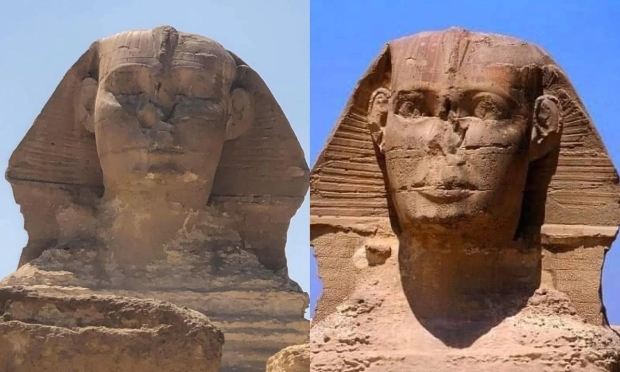