The A33 also features a front mounted 2.4-inch LCD display and it comes with two remote controls, one even has a built in trackball and there's also a wireless RF keyboard included. The optical drive is a slot loaded slim-line DVD writer which is compatible with all the standard formats. There's also a 500GB hard drive, a built in card reader, 802.11 n Wi-Fi, Bluetooth, Gigabit Ethernet, 5.1-channel HD audio and a wide range of other features thrown in for good measure.

But what makes the A33 different from just about every other HTPC on the market is the fact that it has an integrated Class D digital 5.1-channel amplifier. It comes with a SNR of 100dB+ and it will adjust to the speaker setup in your room for optimal sound quality. This is something that we're not aware of on any other HTPC, although there are several standalone amplifiers that offer room configuration features. This means that you can connect up your speakers directly to the A33 without the need of an external amplifier. 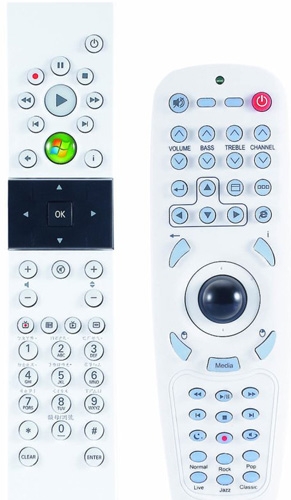 The A33 can also stream video to your 3G phone or notebook via the internet, although this isn't a unique feature per se, we can't say we've heard of anyone implementing this into an HTPC before. Other useful features include an IR blaster, which allows you to control other devices such as a set-top-box via Windows Media Center. It also has front inputs for USB, FireWire, video and audio as well as a pair of headset jacks.

Overall this looks like a really well specified HTPC, we're just curious with regards to how much it'll set you back, as even with the fairly run of the mill CPU, we don't expect it to be cheap. You can find the press release here. You can also find some additional pictures here
Newsletter Subscription