Ketamine has been the subject of research in recent years, highlighting its potential to treat and cure depression.

The U.S. Food and Drug Administration (FDA) authorized Kernel, a neurotech company that makes brain-scanning helmets, to work with Cybin, a startup investigating psychedelic-based therapeutics, on a ketamine pilot study in October 2021. As part of the tests, Bryan Johnson, the founder of Kernel, wore one of its devices after being administered ketamine.

Johnson received 57.75 milligrams of ketamine via intramuscular injection and wore the helmet to collect brain scans during his "trip." He also wore the helmet during the days leading up to and following his trip for comparison.

Before the injection, Johnson's brain had strong and distinct patterns of connection between various brain regions. However, major brain rewiring was evident about twenty minutes after the injection, appearing to dissolve many of these pathways and quietening the brain, lending it to a more meditative state.

Kernel currently produces two different brain-scanning helmets, the Kernel Flux and the Kernel Flow, the latter of which was used by Johnson during his tests with ketamine. The Kernel Flow fires laser pulses into the brain and uses optical brain recording technologies, while the Kernel Flux uses magnetoencephalography (MEG) technology to measure the brain's electromagnetic activity.

You can read more from this story here. 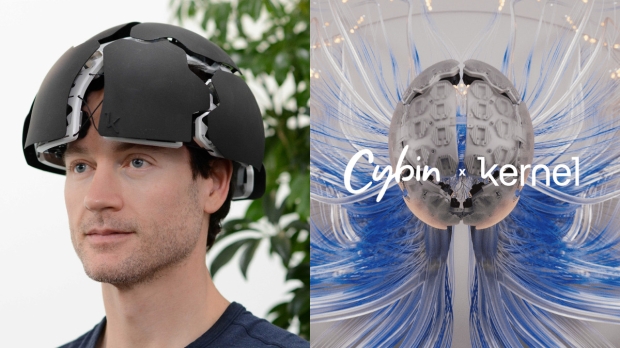