A new Unreal Engine 5 clip shows the real power of Epic's next-gen engine. The footage is one of the best-looking rendered projects to date, creating ultra-realistic renditions of a train station in Japan. The incredible level of realism sets the bar for other immersive projects including the notorious found footage analog horror sensation The Backrooms.

According to Drago, the footage is based on the Etchu-Daimon Station in Toyama, complete with original work on textures, lighting, animation, and modeling; Drago says he didn't use Nanite and used real-time VR tracking to depict the head movements as accurately as possible.

"I worked on all modeling, texturing, lighting and animation. Foliage is from Quixel Megascans. The environment is running in Unreal Engine 5, lit with Lumen. I didn't use Nanite, so models are created using the standard low-poly workflow," Drago said on his ArtStation page. 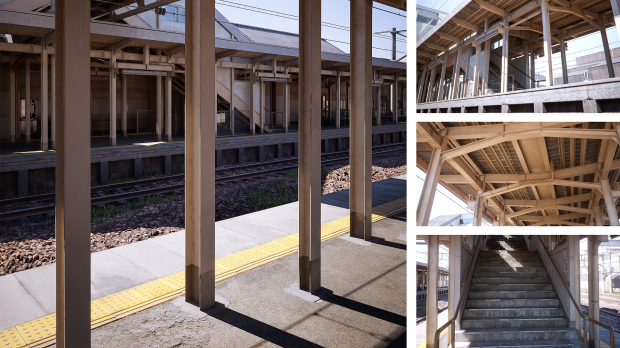 "For this project, I wanted to get as close to photorealism as possible. I used camera matching to get accurate proportions and made careful use of reference. I adjusted the measurements afterwards to help with modularity.

"Aside from detail textures and alphas created from photographs, I created all textures from scratch in Painter and made custom materials in Unreal for use with vertex painting or masks to break up repetition.

"To shoot the video, I used real-time VR tracking to emulate a handheld camera and flashlight."

We can only imagine what's possible with UE5 and it bodes well that a good portion of game developers are using the engine.