On April 27th, 2022, a fireball into the Earth's atmosphere over southern Mississippi and caused a sonic boom that was heard by dozens. 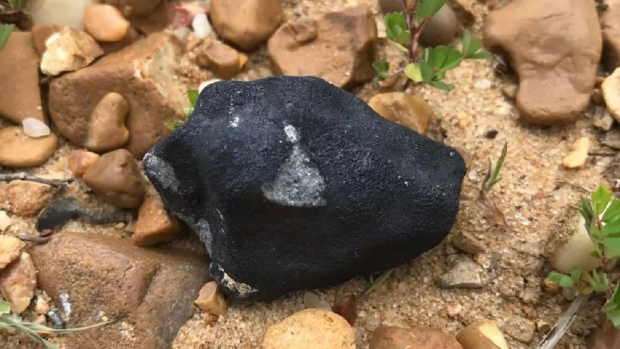 NASA confirmed the existence of a space rock estimated to be approximately a foot in diameter and entered Earth's atmosphere about 54 miles above the Mississippi River near the town of Alcorn. The space rock was estimated to be traveling at around 55,000 miles per hour, and throughout its journey, it began disintegrating with fragments of it breaking off before it finally exploded.

Previously, NASA estimated that as the meteor heated up, it generated the same amount of energy as 3 tons of TNT. Furthermore, NASA said that this generation of energy created shock waves that propagated to the ground and produced sonic booms/vibrations that were felt by many.

Read more: NASA confirms a 55,000 mph fireball lit up the sky with a sonic boom

Furthermore, NASA has said that it won't be revealing the exact location of each of the confirmed meteorite samples, as explained by NASA's Meteor Watch Facebook group, "Existing law states that any meteorites belong to the owner of the property on which they fell; out of respect for the privacy of those in the area, we will not disclose the locations of these finds."