One of the most legendary stories to come out of the Ukraine and Russia conflict is the notorious tale of the "Ghost of Kyiv".

The tale began circling the internet in the early weeks of Russia's attempt at invading Ukraine's capital of Kyiv and involved a Ukrainian fighter pilot nicknamed the "Ghost of Kyiv" as his identity was hidden. This fighter pilot was rumored to have taken out as many as 40 Russian aircraft and was later shot down on March 13, according to the Times of London. Last week many publications reported the fighter pilot's name was 29-year-old Major Stepan Tarabalka.

Now, Ukraine's Air Force Command has said while Tarabalka is a real war hero that was killed in battle, he wasn't the "Ghost of Kyiv" as the story was made-up. Taking to Facebook and Twitter, Ukraine's Air Force Command states that the "Ghost of Kyiv is a superhero-legend whose character was created by Ukrainians!" and "embodies the collective spirit of the highly qualified pilots of the Tactical Aviation Brigade who are successfully defending #Kyiv and the region." 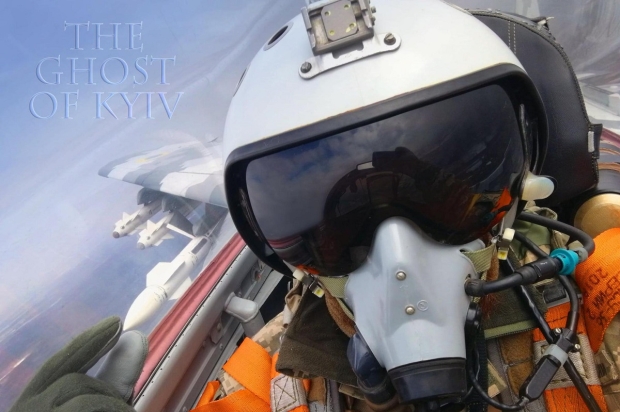