On the morning of April 27, a small flaming meteor dashed across the sky with about thirty eyewitnesses, but many felt its boom. 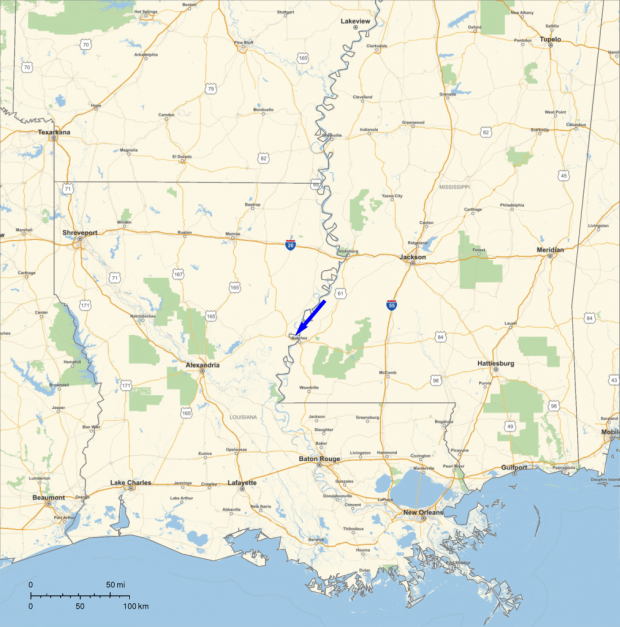 NASA has taken to its blog to detail the event, and the space agency explains that the fireball was a meteor estimated to be about a foot in diameter entering Earth's atmosphere over southern Mississippi. The meteor was first spotted about 54 miles above the Mississippi River near the town of Alcorn, and according to NASA, the 90-pound space rock was traveling 55,000 miles per hour throughout the atmosphere, disintegrating and fragmenting as it pushed deeper.

As the meteor heated up from friction and fragmented, NASA estimates it generated the same amount of energy as 3 tons of TNT (trinitrotoluene), "which created shock waves that propagated to the ground, producing the booms and vibrations felt by people in the area," writes NASA. Notably, as the fireball heated up, it shone bright, and at its peak, it was ten times brighter than the full moon. Eventually, the fireball fully disintegrated about 34 miles above a swampy area close to Minorca in Louisiana.