It's hard to understand just how truly big something is without seeing it, or at least having something to compare it to.

Understanding how large objects can be in space is a common problem for some people and a truly understandable one to have as our brains struggle to create an accurate representation of a planet that has a diameter of millions of miles. This is why scale is very important in trying to accurately represent the size of an object, and when combining that with a little bit of animation, you get a video that can change the way you view our solar system.

Planetary astronomer James O'Donoghue from the Japan Aerospace Exploration Agency (JAXA) recently tweeted out a video showcasing objects within the solar system and their relative size to each other. The video begins with the Ceres dwarf planet and shows the moon, Earth, Mars, Saturn, Jupiter, and finally our massive star we call the Sun. As pointed out by ScienceAlert, even if you know the approximate size of the planets in our solar system, the size of Saturn, Jupiter, and the Sun is still shocking. 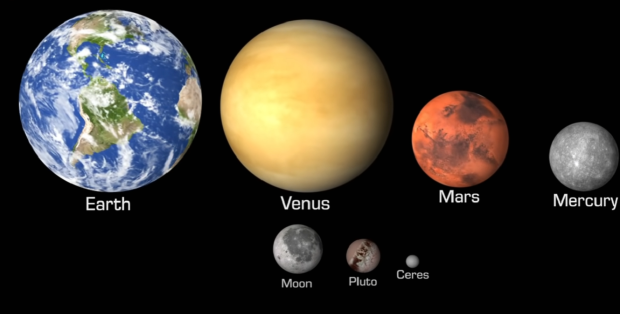