It's not the first mass grave that's been spotted in Ukraine since the Russian invasion began. 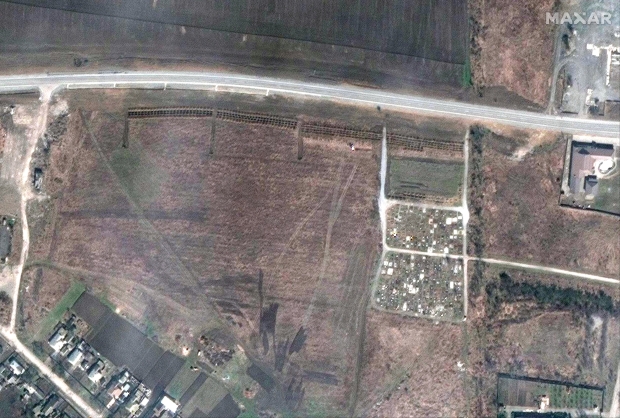 Photographed on April 3rd, 2022, by Maxar Technologies' GeoEye-1 is a recently excavated mass grave with rows visible just below the road in a field. The grave is located in the Ukrainian town of Manhush, approximately 12 miles (20 kilometers) from the war-torn port city of Mariupol. 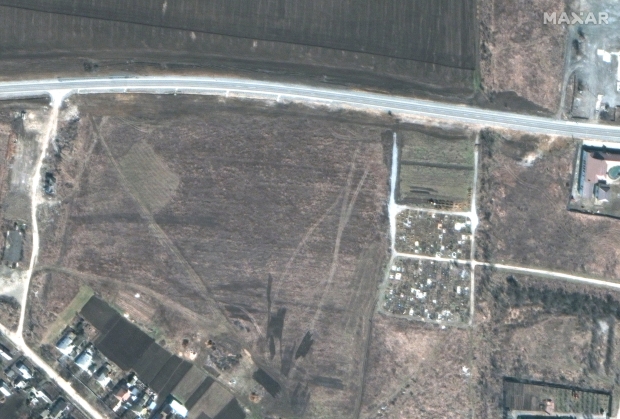 Maxar Technologies' WorldView-3 satellite took a photo of the same area on March 19th, 2022, highlighting the recent grim addition. To the right of the graves in the image is a previously existing cemetery, which evidently was not sufficient to bury all of the victims of combat. The mayor of Mariupol has said that over 10,000 civilians have been killed since the invasion began on February 24th.

"According to recent media reports, Russian soldiers have been taking the bodies of people killed in Mariupol to this location. A review of our satellite images from mid-March through mid-April indicate[s] that the expansion of the new set of graves began between March 23-26, 2022, and has continued to expand over the past couple of weeks. The graves are aligned in four sections of linear rows (measuring approximately 85 meters [260 feet] per section) and contain more than 200 new graves," Maxar representatives wrote in an emailed statement regarding the Manhush mass grave. 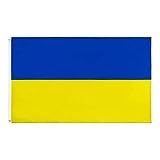