A US satellite company has captured a haunting aerial image of a mass grave site in the Ukrainian town of Bucha. 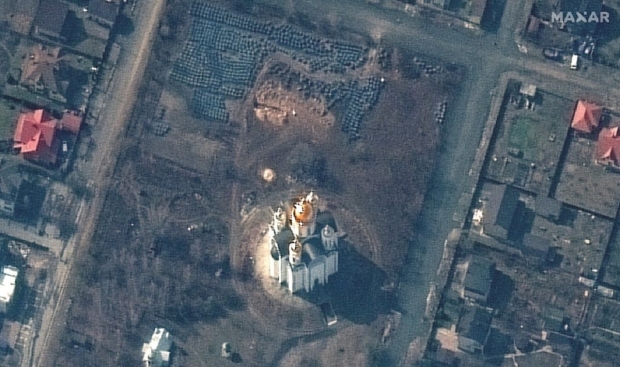 The satellite images were captured by Maxar Technologies' WorldView-3 satellite, which has photographed several locations across Ukraine and even showed Russia's military advancement towards Kyiv. Now, the Worldview-3 satellite has been used to photograph on March 31, a newly created makeshift graveyard built on the grounds of the Church of St. Andrew and Pyervozvannoho All Saints.

According to reports, the gravesite features a trench that stretches about 45 feet long, with local residents and the Kyiv Regional Police saying that around 150 people have been placed in the makeshift grave so far. However, the mayor of Bucha has said that the aforementioned number may be twice as high, as officials are struggling to get an accurate reading. 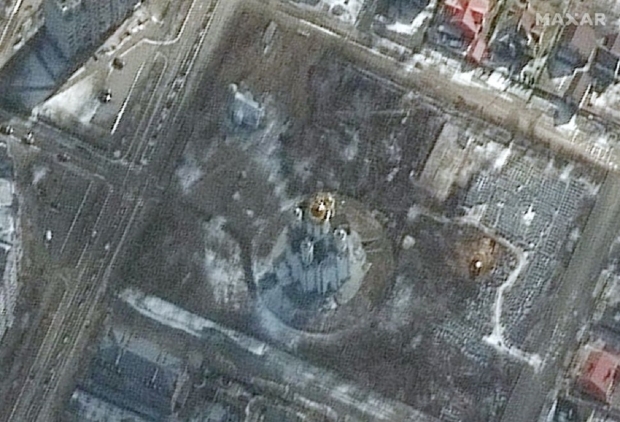 Photographed on March 10 before the land was excavated.